Scott Simpson Net Worth: Scott Simpson is an American professional golfer who has a net worth of $6 million. Scott Simpson was born in San Diego, California in September 1955. He was a two-time medalist at the NCAA Championships in 1976 and 1977 while playing golf for the University of Southern California.

Simpson turned pro in 1977 a year before he graduated. He joined the PGA Tour in 1979 and won seven PGA Tour events starting with the Western Open in 1980. In 1984 Simpson won the Manufacturers Hanover Westchester Classic. His most successful year came in 1987 when he won the Greater Greensboro Open and his only major the U.S. Open. In 1989 Scott won the BellSouth Atlanta Golf Classic. He won the GTE Byron Nelson Golf Classic in 1993 and the Buick Invitational in 1998. Simpson also won the Walker Cup in 1977 for the United States. He finished 6th at the PGA Championship in both 1984 and 1993 and 7th at the 1990 Masters Tournament. He started playing senior golf in 2005 and won his first Champions Tour title in 2006. 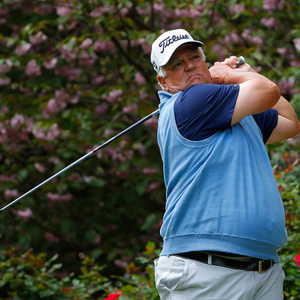