Ryan Moore net worth: Ryan Moore is an American professional golfer who has a net worth of $18 million. Ryan Moore was born in Tacoma, Washington in December 1982. He played at UNLV and was the runner-up in 2000 for the U.S. Junior Amateur while still in high school. He went on to win the U.S. Amateur as well as the Western Amateur, the NCAA individual championship, and the U.S. Amateur Public Links. Moore won the Ben Hogan Award in 2005. He turned professional in 2005 and joined the PGA Tour where he has five wins which are the Wyndham Championship in 2009, the Justin Timberlake Shriners Hospital for Children Open in 2012, the CIMB Classic in 2013 and 2014, and the John Deere Classic in 2016. He finished tied for 9th at the PGA Championship in 2006, tied for 10th at the U.S. Open in 2009, and tied for 12th at the Masters Tournament in 2015 and The Open Championship in 2014. Moore also won the Ryder Cup representing the United States in 2016. 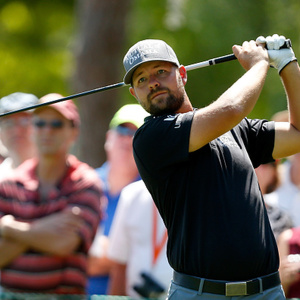