What is Rory McIlroy's Net Worth and Career Earnings?

Rory earns $40-50 million per year from tournament winnings and endorsements, primarily endorsements. In 2019 he earned $15 million by winning the Tour Championship and FedEx Cup.

Rory McIlroy was born on May 4th, 1989, in Holywood, Northern Ireland. McIlroy started golfing almost as soon as he could walk and was instructed by his father, a passionate and skilled golfer. From an early age, Rory McIlroy would go to the local golf club and became their youngest ever member at age seven. Upon receiving a golf club for his birthday, Rory McIlroy was shown the correct grip and then told to sleep that night while holding his new club properly.

Although his family wasn't particularly wealthy, they made an extra effort to provide Rory with the funding he needed to become a professional golfer. By working multiple jobs, his parents were able to secure the best training for their son. They were also able to send Rory to his first major tournament: the World Championship for boys aged 9 and 10 at the Doral Golf Resort in Miami. McIlroy won the tournament.

By age 15, Rory had won the Junior Ryder Cup in 2004 with the European team. He also won championships across Ireland, and in 2005 he became the youngest winner of the West of Ireland Championship and the Irish Close Championship. One year later, he was earning his stripes by winning the European Amateur. During the next few years, McIlroy competed in the Walker Cup, the British Masters, the Dubai Desert Classic, and the Open Championship.

In 2007, McIlroy was ready to become a professional golfer. His first season went well, and he scored particularly highly at the Alfred Dunhill Links Championship. By the start of 2008, he had joined the ranks of the top 200 golfers in the world. That year, he narrowly missed out on a win at the Omega European Masters. By the end of 2008, he had become the 39th ranked golfer in the world. In 2009, McIlroy secured his first win in 2009 with a victory at the Dubai Desert Classic. This win took him to the 16th spot on the world rankings. That year, he also participated in his first Masters Tournament, finishing 20th. After a spell of impressive results in European events, McIlroy finished 2009 with a top ten world ranking.

In 2010, McIlroy won his first PGA Tour event with a win at the Quail Hollow Championship. McIlroy hadn't even reached the age of 21, which meant he was the first golfer since Tiger Woods to secure a PGA Tour win at this young age. After setting a first-round record for the Old Course at St. Andrews, he finished 2010 with a world ranking of seventh. 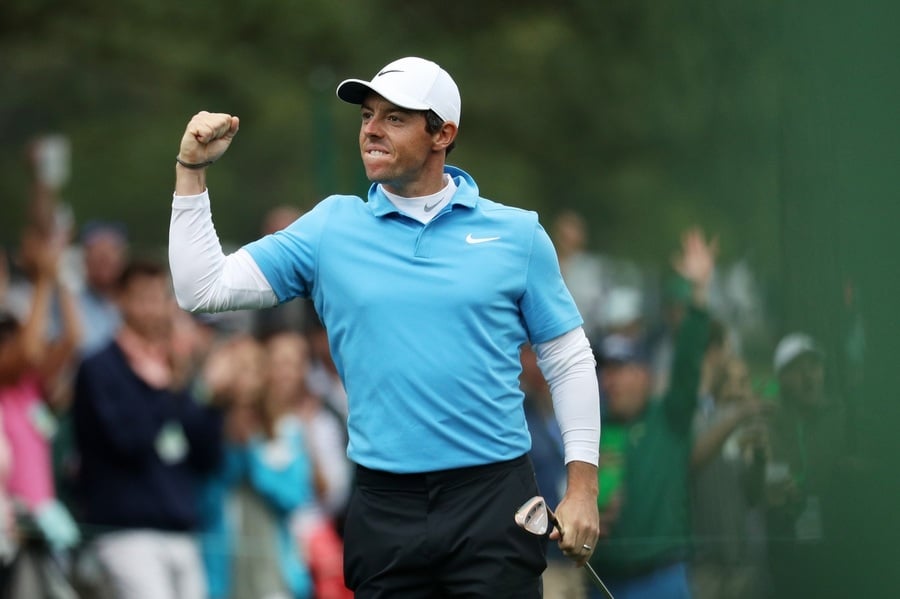 In 2011, Rory McIlroy famously threw away victory in the final round of the Masters Tournament in Augusta, Georgia. It was the worst score of any professional golfer who held the lead going into the third round. However, McIlroy bounced back with a stunning victory at the US Open that year, leading the second-place golfer by eight strokes. After this win, he held a world ranking of fourth.

In 2012, Rory McIlroy finished second at the WGC-Accenture Match Play Championship, which also meant he had become the number two ranked golfer in the world. However, he also won the Honda Classic later that year, giving him the top spot for the first time in his career. That year, McIlroy would claim and lose the number one spot numerous times, eventually winning enough championships to cement his position as the best-ranked golfer.

2013 and the beginning of 2014 were somewhat disappointing for Rory McIlroy, but he bounced back with a win at the Open Championship at Royal Liverpool and at the PGA Championship. In 2015, he won the Omega Dubai Desert Classic for a second time. With further wins, he joined a group of only three professional golfers who had won ten PGA tour events and four majors by the age of 25. After further wins in 2016, McIlroy experienced a winless streak during 2017. In 2018, he was part of the European team that won the Ryder Cup. He won the Players Championship in 2019 and regained the number-one spot on the world rankings in 2020.

In 2013, he was rumored to have signed an endorsement deal with Nike worth between $100 million and $250 million. In 2017, he officially signed an extended, 10-year with Nike worth $200 million. Because Nike stopped producing golf equipment shortly afterward, McIlroy was able to secure a second deal with TaylorMade worth $100 million purely as an equipment endorsement. In 2016, he took the top spot on the FedEx Cup, winning the $10 million bonus pool. In 2019, he won the FedEx Cup again, bagging a record-breaking payout of $15 million.

Between June 2017 and June 2018, Rory earned $40 million from salary and endorsements. In the same period between 2018 and 2019, he earned another $40 million through other income. That year, he was the sixth-highest-paid athlete in the world, with the vast majority of his yearly income coming from endorsements. In the following 12-month period he earned $50 million. 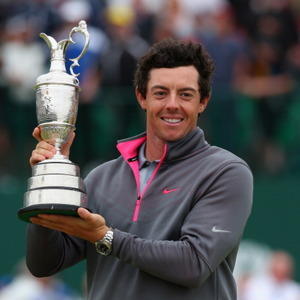