Robert Allenby net worth and career earnings: Robert Allenby is an Australian professional golfer who has a net worth of $10 million. Robert Allenby was born in Melbourne, Victoria, Australia in July 1971. Allenby turned pro in 1992 and is currently a part of the PGA Tour of Australia, PGA Tour, and European Tour.

He has 22 professional wins and resides in Jupiter, Florida. In 1992 and 1994 Allenby was the PGA Tour of Australasia Order of Merit winner. In 2004 he finished 7th in the U.S. Open and 9th at the PGA Championship. Allenby finished 7th at The Open Championship in 2008. He is a spokesperson for Challenge Cancer Support Network and was awarded the Australian Sports Medal in 2009. He has represented Australia in the Presidents Cup in 1994, 1996, 2000, 2003, and 2009. In January 2015 Allenby was allegedly kidnapped, robbed, beaten, and dumped in a park after missing the cut at the Sony Open in Hawaii. 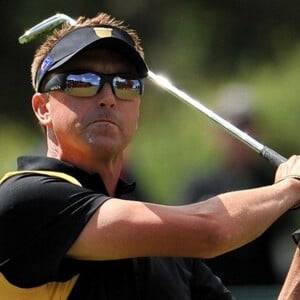