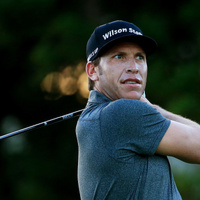 Ricky Barnes net worth: Ricky Barnes is an American professional golfer who has a net worth of $4 million dollars. Ricky Barnes was born in Stockton, California, and went on to play golf at the University of Arizona. He received numerous honors during his collegiate golf career, including being named Pac-10 Freshman of the Year and Pac-10 Co-Player of the Year, and being chosen as a First-Team All-American. He won the U.S. Amateur title in 2002, and then helped the United States to win the Eisenhower Trophy the same year. He decided to turn pro in 2003, and joined the Nationwide Tour in 2004. He earned his PGA card in 2009, when he finished the Nationwide season in 25th place. Since then, he has finished second at the 2009 U.S. Open, 44th at the 2010 US Open Championship in 2010, 10th at the 2010 Masters Tournament, and 56th at the 2011 PGA Championship.