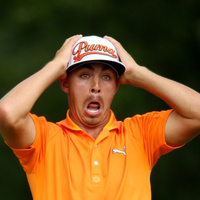 What is Rickie Fowler's Net Worth Salary and Earnings?

Rickie Fowler is an American professional golfer who has a net worth of $40 million. Rickie Fowler could make a person feel like an underachiever.  He started playing golf when he was in his early teens, and unlike many of his young golf-playing counterparts – he had no coach.  Instead, he taught himself, and his freshman year of high school, he set the all-time course record on his home course in Murrieta, California.  He won the SW League Final his senior year of high school, and then went on to Oklahoma State University, where he continued to excel.  He won multiple amateur titles of the course of the next few years, including the Western Junior, the 2007 and 2009 Walker Cup tournaments, the 2007 and 2008 Sunnehanna Amateur, and the Players Amateur.  He was the #1 ranked Amateur Golfer for 36 weeks between 2007 and 2008.  He made the move to the pro circuit in 2009, and a range of companies immediately latched-on to his youth and success.  He subsequently secured endorsement deals with Titleist, Puma, and Rolex, among many others.  He played in his first PGA Tour event in late 2009, and went on to snag a spot in the 2010 PGA Tour lineup.  He was named PGA Tour Rookie of the Year in 2010. He won the Abu Dhabi HSBC Golf Championship in 2016. That win earned Rickie his career-high world rank (so far) of #4.

Rick Yutaka Fowler was born on December 13th of 1988 in Murrieta California. Fowler has Japanese heritage through his maternal grandfather. Rick was given the same middle name as his Japanese grandfather. Fowler also has Navajo heritage through his maternal grandmother. Fowler was interested in golf from a young age, although he mostly played only on a driving range to begin with. Unlike many other golf stars today, Rick is almost entirely self-taught.

Fowler first started to show his potential during his high school days. By his senior year, he had won the SW League Final. He then led his team to the state final in 2007. After graduating from high school, Rick attended Oklahoma State University. He continued his golf journey during his college years and won the Fighting Illini Invitational in 2007. During this period, Fowler also posted strong results at the Western Junior, the U.S. Amateur, and the U.S. Junior Amateur.

By 2007, Fowler was representing the United States at the 2007 Walker Cup. Also during his amateur career, Rick won the Sunnehanna Amateur in 2007 and 2008. In 2009, Fowler helped the United States win the Walker Cup. Ricky finished his career as an amateur as the top-ranked amateur golfer and the recipient of the Ben Hogan Award.

After the Walker Cup in 2009, Rickie Fowler decided to turn professional. He made his PGA Tour debut at the Justin Timberlake Shriners Hospitals for Children Open, finishing in seventh place. Another strong result came at the Frys.com Open, where he finished in second. By the end of 2010, he had earned his PGA Tour card.

Another second-place finish came with 2010's Waste Management Phoenix Open. He finished second once again at the Memorial Tournament in Dublin, Ohio. At 21 years of age, Rickie then became the youngest U.S. Ryder Cup player of all time. He finished the year with a Rookie of the Year award. Although 2011 involved a few disappointments, Fowler finished with his first victory at the Kolon Korea Open, which is part of the OneAsia Tour.

In 2012, he followed up with another win at the Wells Fargo Championship in Charlotte. The victory was notable because he managed to defeat Rory McIlroy. In 2013, he finished in second place at the Australian PGA Championship. 2014 saw Rickie finish in the top five for a number of major tournaments, although he failed to claim victory. In 2015, he won again at The Players Championship. That year he also won the Aberdeen Asset Management Scottish Open and the Deutsche Bank Championship.

Another major victory came in 2016 with the Abu Dhabi HSBC Golf Championship. This result put him fourth in the golf world rankings. In 2017, Fowler won The Honda Classic. One of his most notable wins of 2017 was at the Hero World Challenge. In 2019, Rickie won the Waste Management Phoenix Open once again.

Rickie Fowler has supplemented his income with a few brand endorsement deals over the years. After becoming a pro golfer, he signed deals with Titleist and Rolex. In 2010, he signed a clothing deal with Puma. In 2019, he signed another deal with TaylorMade. One of the most notable was in 2012 when he appeared in a commercial for Crowne Plaza Hotels. The commercial was entitled "It's Good to be Rickie." He also appeared in another commercial for ESPN's "Sportscenter" show in 2013. In addition, Fowler was selected as the official ambassador of PGA Junior Golf in 2015. 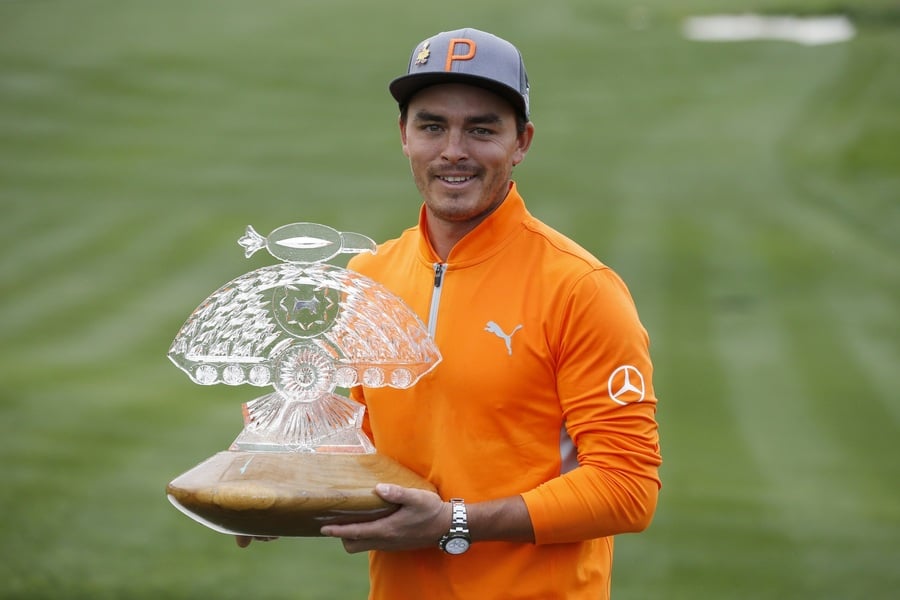 Rickie Fowler made headlines when he started dating Allison Stokke in 2017. Stokke is of course the famous American (former) pole vaulter who became an internet sensation after pictures of her surfaced online in the early 2000s when she was still a teenager on the high school track team. She later expressed dismay that people only seemed focused on her physical beauty, and not her athletic career. By 2018, Stokke and Fowler had become engaged. In 2019, they were married.

In 2016, it was announced that Rickie Fowler had listed his home in Florida for a cool $2.85 million. He initially purchased his home in Jupiter in 2010 for a sum of $1.6 million. Located in a quiet cul-de-sac in a gated community, the two-story home features four bedrooms and 4,600 square feet of living space.

The residence also sits on half an acre of waterfront property, while includes outdoor amenities like a swimming pool, a large deck, and a dock with two lifts. In total, there are 123 feet of frontage along the beautiful Loxahatchee River. Inside the home, residents can enjoy entire walls made from glass, affording excellent views of the water beyond. There are also concrete floors and a chef's kitchen.

Also in 2016, Fowler acquired another mansion in Florida, this time paying $14 million for the property. This "upgrade" is significantly larger than his previous home, featuring over 11,500 square feet of living space. Although the six-bedroom home is certainly expansive, there are many more reasons why Rickie must have been excited about this real estate deal. The outside of the property is what makes it really shine, with a practice putting green and a magnolia-lined road leading up to the house. Just like his previous property, this newer acquisition also featured water frontage with a private pier.