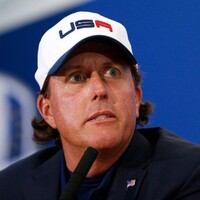 What is Phil Mickelson's Net Worth and Career Earnings?

As of this writing he has earned over $100 million in tournament money alone. That's second only Tiger Woods.


Philip Alfred Mickelson was born in San Diego, California, on June 16, 1970. His father, Philip Mickelson, was an airline pilot and former naval aviator. Mickelson was raised in San Diego and Scottsdale, Arizona. He learned golf from his father, mirroring his style. This is why he has a left-handed swing, despite being right-handed in everyday life. He graduated from the University of San Diego High School in 1988.

Mickelson attended Arizona State University on a full golf scholarship and was immediately successful competing at the collegiate level. In fact, he won three NCAA individual championships, and three Haskins Awards in 1990, 1991 and 1992 for being selected the Outstanding College Golfer of the year. In total over his collegiate career, Mickelson won 16 tournaments, and he was the second collegiate golfer ever to earn first-team All-American honors four years in a row. He graduated from college in June 1992.

Mickelson has enjoyed a lot of success on and off the golf course. He won his first PGA tour event, the Northern Telecom Open, in 1991, while he was still an amateur. He was able to bypass the PGA tour's qualifying process thanks to his 1991 Tucson win, and quickly turned pro after his college graduation. From 1999 to 2003, he clocked 17 top-ten finishes, and six second- or third- place finishes, although he did not actually win any of the majors. His first major championship win came in 2004, during his thirteenth year on the PGA tour. In 2016, Mickelson underwent two sports hernia surgeries, but made an unexpectedly quick recovery and returned triumphantly with a T-21 finish at the CareerBuilder Challenge. In 2019, he won the AT&T Pebble Beach Pro-Am, which was his 44th career title on the PGA Tour. It also made him the oldest winner of that event, at 48 years old. In December 2019, he announced that he would miss the Waste Management Phoenix Open for the first time since 1989, in favor of playing in the Saudi International golf tournament. At the Saudi Arabian event, held in February 2020, he tied for third.

He has won many PGA events throughout his career, over 40, including four Major Championships – the 2004 Masters, the 2005 PGA Championship, 2006 Masters and the 2010 Masters. Today he is one of the best and most popular professional golfers in the world. 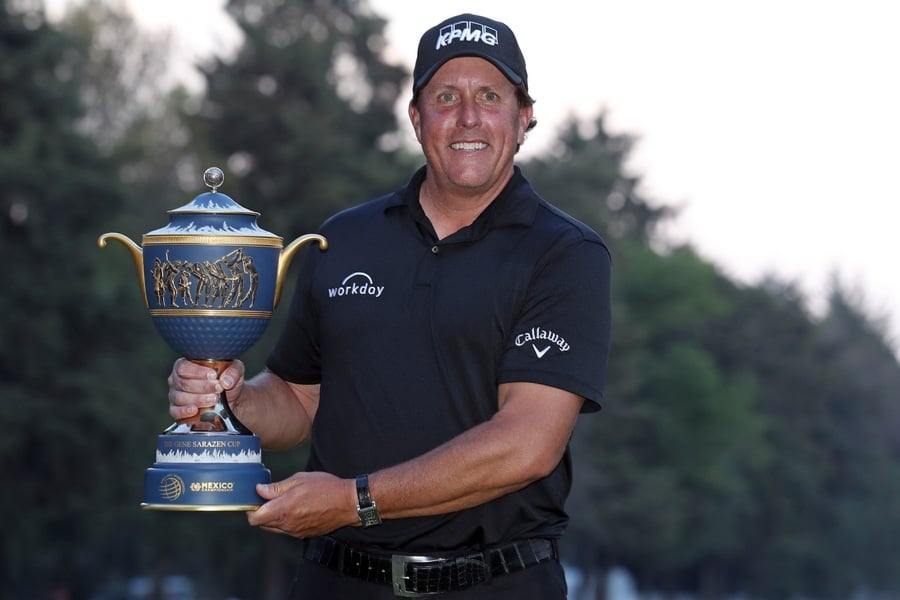 During his career, Phil Mickelson has earned over $100 million in tournament prizes. As of this writing his total career earnings top $1 billion. That includes the $200 million he earned from the Saudi-backed LIV league in June 2022 that we discuss in the next paragraph.

Mickelson's biggest endorsements are with KPMG, ExxonMobil, Titleist, Ford, Enbrel, Callaway, Amgen, Grayhawk, Rolex and Intrepid Financial Partners. After being treated for psoriatic arthritis with the drug Enbrel in 2010, he began endorsing the drug. He had an endorsement with Barclays that spanned 15 years but ended in 2016. Around the same time, he was named by the SEC as a "relief defendant" in an insider trading case. He was not charged with a crime. Between June 2017 and June 2018, Phil Mickelson earned $40 million from salary and endorsements. He earned approximately $50 million in the period between June 2018 and June 2019. That includes the $9 million that he won by defeating Tiger Woods in a head to head match-up.


In February 2022 Phil found himself in a bit a controversy related to a planned Saudi Golf League known as LIV. In an interview, Phil brought up various points about Saudi Arabia's human rights record while also agreeing that the new league presented a great business opportunity over the PGA. In the wake of the interview Phil lost his longest and most valuable sponsor, KPMG.

The remarks apparently were not enough to deter the organizers of LIV, however. In June 2022 it was reported that Phil had signed a $200 million contract to join the LIV league.

In January 2020 Phil bought an undeveloped lot in Jupiter, Florida for an undisclosed amount. His nearby neighbors will include Tiger Woods and Michael Jordan.

Outside of personal real estate, Phil and a group of investors own around six golf courses in Arizona. They offer a private memberships for an annual fee.