Paula Creamer net worth: Paula Creamer is an American professional golfer who has a net worth of $8 million dollars. Paula Creamer was born in Mountain View, California, and was originally focused on dance and gymnastics. However, her family lived very near the Castlewood Country Club golf course, and she began playing golf when she was ten.

By age 13, she was the top-ranked female junior golfer in California. She won multiple national tournaments throughout her junior career, and chose to turn professional after winning the LPGA Final Qualifying Tournament. She was eighteen years old. She has played very well over the eight years, and won multiple tournaments, especially during her early years on the LPGA tour. To date, she has won nine LPGA tour tournaments and two Japan tour tournaments. She tied for 3rd at the 2005 LPGA Championship. She also tied for third at the Women's British Open in both 2009 and 2012. She won the U.S. Women's open in 2010. She was voted LPGA "Rookie of the Year" in 2005. 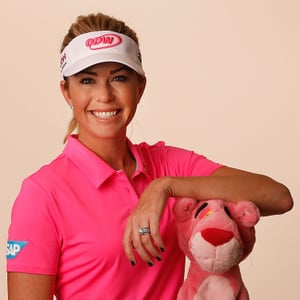