Paul Casey Net Worth: Paul Casey is an English professional golf player who has a net worth of $21 million. Born Paul Alexander Casey on July 21st, 1977, in Cheltenham, he spent most of his childhood in Weybridge, the place where his family settled when he was six. Once he complated his primary and secondary studies in the UK, Casey went to the US on a golf scholarship at the Arizona State University.

As an amateur, he had an exceptional playing record as he was the first man to win three consecutive Pac-10 Championships (1998, 1999 and 2000). It was in 2000 that he turned pro and has since taken part of two notable world's professional golf tours, the US-based PGA Tour and the European Tour. As for his best title to date, he achieved it in 2009 when he was ranked third in the Official Gold Ranking. Also, he has several team and individual awards to his name that he has won from both UK and England. In total, Paul Casey has accumulated total prize money of £18 million and has three blue-chip sponsors, Rolex, Nike Golf and Sentient Jet. Off the golf course, he was married to Jocelyn Hefner for two years before they both agreed to a separation. Now, he is engaged to the television presenter Pollyanna Woodward, whom he met in the Abu Dhabi Grand Prix for the Formula 1 race in 2011. 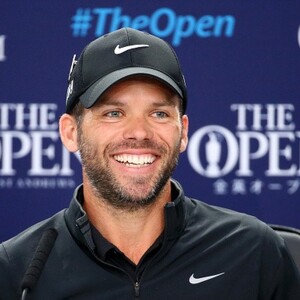