Patrick Reed net worth: Patrick Reed is an American professional golfer who has a net worth of $9 million. Patrick Reed was born in San Antonio, Texas in August 1990. Reed won the Junior British Open in 2006 while at University High School where he also won two state championships. He played for the University of Georgia and Augusta State University where he won a NCAA Division I Golf Championship in 2010 and 2011.

In 2011 Reed turned professional. Reed has four wins on the PGA Tour at the Wyndham Championship in 2013, the Humana Challenge in 2014, the WGC-Cadillac Championship in 2014, and the Hyundai Tournament of Champions in 2015. His best results at major championships were 35th at the U.S. Open in 2014 and 58th at the PGA Championship in 2014. Reed also represented the United States at the Ryder Cup in 2014. In 2015, Reed won the Hyundai Tournament of Champions to secure his fourth PGA Tour title. In 2016 he won the FedEx Cup event, The Barclays at Bethpage Black. As of this writing, he has won $20 million on the course alone. Patrick has been married to Justine Karain since December 2012. Justine has served as is caddie at various qualifying events during his career. On April 8, 2018 Patrick Reed won The Masters tournament in Augusta, Georgia. The win brought his career earnings to $22 million thanks to the $1.98 million first place prize. Interestingly, Reed signed with Nike in January 2018, just four months before he won The Masters, but at the moment he won Patrick wasn't even listed on the Nike Golf website. Something tells me that will change quickly! 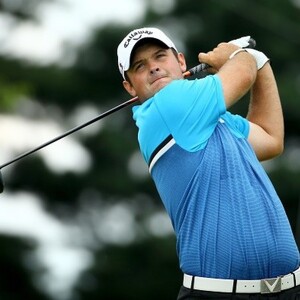