Pat Perez net worth: Pat Perez is an American professional golfer who has a net worth of $13 million. He is most well known for finishing the first 36 holes of the 2009 Bob Hope Classic with the lowest score in PGA history through two rounds. As of this writing his total career earnings exceed $26 million.

Pat Perez was born in Phoenix, Arizona in March 1976. He played for Arizona State University before turning professional in 1997 and joining the PGA Tour. Perez achieved his highest ranking of #16 in January 2018. His first PGA Tour victory came at the 2009 Bob Hope Classic. Perez is known for being close to the MLB's Philadelphia Phillies and his neighbor Pat Burrell and felt like a part of the team that won the World Series in 2008. Perez became the first player since Harrison Frazar in 2011 to win a PGA Tour event while being on a Medical Extension. He won the 2016 OHL Classic at Mayakoba and the CIMB Classic in 2017 as well as the 2000 Buy.com Ozarks Open and the 2002 Champions Challenge with John Daly. 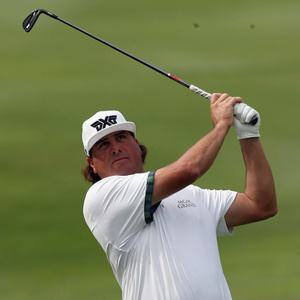