Nick Price Net Worth: Nick Price is a Zimbabwean professional golfer who has a net worth of $12 million. Nick Price was born in Durban, Natal Province, Union of South Africa in January 1957. He became captain of the golf team at Prince Edward School in Salisbury. Price served in the Rhodesian Air Force during the Bush War.

He started his professional golf career on the Southern Africa Tour in 1977. He then played for the European Tour and joined the PGA Tour in 1983. While on the PGA Tour he recorded 18 wins including three Major championships. His first win was the 1983 World Series of Golf. In 1991 he won the GTE Byron Nelson Classic and the Canadian Open. His first major victory came at the PGA Championship in 1992 and he also won the H.E.B. Texas Open that year. In 1993 he won four events: The Players Championship, Canon Greater Hartford Open, Sprint Western Open, and Federal Express St. Jude Classic. Price's most successful year was 1994 when he won six events including two majors. That year he won the Honda Classic, Southwestern Bell Colonial, Motorola Western Open, The Open Championship, PGA Championship, and Bell Canadian Open. He would go on to win the MCI Classic in 1997, FedEx St. Jude Classic in 1998, and MasterCard Colonial in 2002. Price has also represented Rhodesia, South Africa, and Zimbabwe in international competition and won the 1998 Presidents Cup. He is currently a part of the Champions Tour. Price was inducted into the World Golf Hall of Fame in 2003. He has won the Sunshine Tour Order of Merit, PGA Player of the Year, PGA Tour Player of the Year, PGA Tour leading money winner, Vardon Trophy, Byron Nelson Award, Payne Stewart Award, Bob Jones Award, and Old Tom Morris Award. 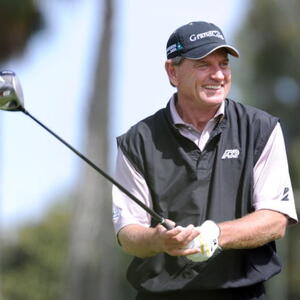