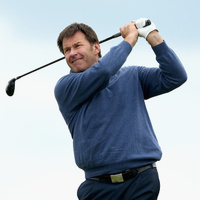 What is Nick Faldo's Net Worth?

Nick Faldo is a professional golfer and television commentator from England who has a net worth of $60 million. Among his accomplishments, he has won multiple Open Championships and Masters, and was ranked number one on the Official World Golf Ranking for 97 total weeks. In 2006, Faldo became the lead golf analyst for CBS Sports.

Nick Faldo was born on July 18, 1957 in Welwyn Garden City, Hertfordshire, England. He developed an interest in golf at the age of 14, when he saw Jack Nicklaus play the 1971 Masters on his parents' brand new color television set. Just three years after this, Faldo qualified to play in the English Amateur at Woodhall Spa. Subsequently, in 1975, he won his first tournaments in both the English Amateur at Royal Lytham and the British Youths Open Amateur Championship. His skills noticed by schools in the United States, Faldo was given a golf scholarship to the University of Houston. After attending for a couple months, he dropped out to pursue his professional career. In 1976, he joined the European Professional Golfers Association. Achieving immediate success, Faldo finished eighth in the 1977 Order of Merit, and third in 1978. Additionally, he won a European Tour event both years, including the Ryder Cup in 1977.

Faldo continued his success on the European Tour in the early 80s, taking two consecutive Sun Alliance PGA Championships in 1980 and 1981. He later finished at the top of the Order of Merit in 1983 with five European Tour wins. Faldo went on to become a regular contender in major championships. In May of 1987, he won the Peugeot Spanish Open, and just two months later, notched his first major title by winning the British Open. Faldo won his second major championship two years later at the 1989 Masters, and then successfully defended his Masters title in 1990. In the process, he became the first golfer to win back-to-back Masters titles since Jack Nicklaus in 1965 and 1966. Faldo's next major was the US Open, where he finished tied for third place. Better success came the next month, when he won his second British Open. Faldo took his historic third Open Championship title in 1992. Additionally, he received the European Tour Order of Merit for the second time.

Faldo recorded numerous further victories throughout the 90s. In 1993, he won the Carroll's Irish Open for an unprecedented third consecutive time. Turning his attention toward the US PGA Tour, he later took a victory at Augusta in 1996. Faldo subsequently emerged victorious at the 1996 Masters, besting Greg Norman. The following year, he had his final career tournament win at the Nissan Open in Los Angeles. With his form slowly declining, Faldo played his last full season on the PGA Tour in 2001. He continued on playing less frequently, but still managed a laudable fifth-place tie at the 2002 US Open. Subsequently, at the 2003 British Open, he came in tied for eighth. Faldo went on to make appearances at a number of Opens through 2015, but repeatedly failed to make the cut.

As one of the most successful Ryder Cup players in history, Faldo was chosen to captain the European Ryder Cup team in 2008. Ultimately, the Cup was won by Team USA, ending the streak of victories by Team Europe. 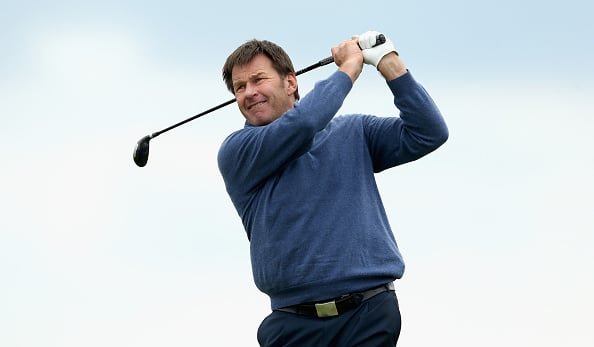 From 2004 to 2006, Faldo was a commentator for PGA Tour coverage on ABC Sports. He worked alongside host Mike Tirico and his former playing rival Paul Azinger. Following this, Faldo signed a contract with CBS to become the network's new lead golf analyst. Additionally, in 2007, he became the lead analyst for PGA Tour coverage on the Golf Channel, and also contributed his commentary to the Open Championship alongside Tirico and Azinger.

Among his other ventures, Faldo established a golf course design practice called Faldo Design in 1991. The company has designed or remodeled numerous courses around the world, including Laguna Lang Co in Vietnam, Chart Hills Golf Club in England, and Cottonwood Hills in the United States. Faldo also created a world-class course in San Miguel de Allende, Mexico that was opened in 2010.

In 1996, Faldo launched the Faldo Series, a charity coaching program designed to offer golfing opportunities to young people around the globe. The next year, he created the Faldo Golf Institute, another instructional program. It has locations in Florida, New Jersey, California, and the United Kingdom. Faldo's other business interests have included a brand ambassadorship with Mercedes-Benz.

Faldo married his first wife, Melanie Rockall, in 1979. They separated about five years later when Rockall found that Faldo was having an affair with his manager's secretary. Faldo subsequently married the secretary, Gill Bennett, in 1986; they had three children named Natalie, Matthew, and Georgia. The marriage ended in 1995 when Faldo began an affair with a golfing student named Brenna Cepelak. This affair ended in 1998 when Faldo began dating Swiss PR agent Valerie Bercher. Livid at the infidelity, Cepelak took a golf club to Faldo's Porsche 959, which incurred damages of around £10,000. Faldo wed Bercher in 2001, and had a daughter named Emma in 2003. The pair divorced in 2006. Later, in 2020, Faldo married his fourth wife, Lindsay De Marco.

Faldo received a myriad of honors during his career in recognition of his playing skills. In 1997, he was inducted into the World Golf Hall of Fame. For his services to golf, he was made a Knight Bachelor at the Queen's 2009 Birthday Honours. Faldo also received the Payne Stewart Award in 2014.