Nicholas Dougherty Net Worth: Nick Dougherty is an English professional golfer who has a net worth of $7.5 million. Born on 24th May 1982 in Bottle, Liverpool he attended the Queen Elizabeth's Grammar School. In his amateur career, Dougherty won many tournaments like the 3 Faldo Junior Series events and the 1999 World Boys Championship.

He was one of the members of the Great Britain and the Irish Walker Cup team that was victorious in 2001. A Nick Faldo's protégé, Dougherty turned to professional golfing in 2001 when he was only 19 years old. He became a member of the European Tour for 2002 and finished 36th of the Order of Merit 36th in his debut season. Because of his performance he was named the sir Henry Rookie of the Year. However, 2003 was not a good year for him as he was attacked by glandular fever. 2004 was not any better as he moved from 36th to 97th on the Order of Merit. Finally, 2005 changed the tidings of his career as he won his first victory at the Caltex Masters in Singapore, reaching the top 100 in the mid of the year Official World Golf Rankings. This helped him move to the 25th Order of Merit. His major tournament wins are the BMW International Open in 2009 earning £333,330, the Alfred Dunhill Links Championship in 2007 earning £ 562,624.90 and the Caltex Masters in Singapore in 2005 earning £ 127,718.10. His other wins include the Polo Classic Under 19 Championship and the Polo Golf Classic Stroke Play Championship (USA). 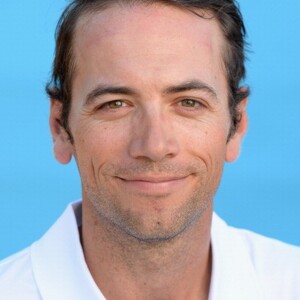