She graduated from high school at age 16, where she was the top player on the boy's golf team. She was awarded a golf scholarship to the University of Arizona, but left after a year to play golf professionally. She qualified for LPGA Tour participation three months after turning pro. Though she played very consistently, and had multiple Top 10 finishes, including four consecutive Top 10 finishes in major tournaments between 2005 and 2006, she did not win a tour event 2007's Evian Masters tournament. She has also won two Wendy's Three-Tour Challenges. She released a controversial swimsuit calendar in 2005. 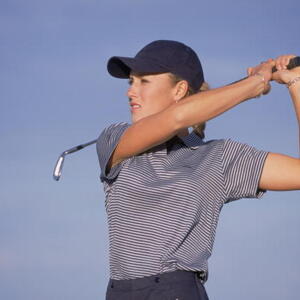