She became the youngest player to quality for the U.S. Women's Open in 2001 at 12 years old. She won 11 AJGA titles including the AJGA Slam of all five AJGA Invitationals. She won the 2007 ANA Inspiration Championship and finished 2nd at the Women's PGA Championship in 2011. Pressel also finished 2nd at the U.S. Women's Open in 2005 and 4th at the Women's British Open in 2013. She won the AJGA Player of the Year award in 2005 and the AJGA Nancy Lopez Award in 2006. Pressel has been ranked as high as #4 in the world golf rankings. 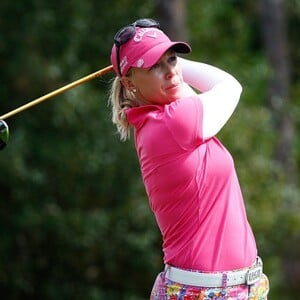