How much is Mike Weir Worth?

Mike Weir net worth and earnings: Mike Weir is a Canadian professional golfer who has a net worth of $25 million dollars. Michael Richard Weir was born in Sarnia, Ontario, Canada in May 1970. He learned to play at Huron Oaks Golf Course with coach Steve Bennett. He worked as a caddy and in the pro shop and used his earning to purchase a left-handed wedge. At 12 Weir won a junior tournament and received a new set of irons. While working at the club he met Jack Nicklaus when he was 11 years old. Weir graduated from Brigham Young University. In 1990 and 1992 he won the Ontario Amateur Championship. He started on the Canadian Professional Golf Tour in 1992 and won three events. Between 2001 and 2005 Weir was in the top-10 of the Official World Golf Rankings for 110 weeks. His biggest win was the Masters in 2003 and has 15 wins including 8 on the PGA Tour. He won the Lionel Conacher Award for being Canada's male athlete of the year in 2000, 2001, and 2003. In 2003 he also won the Lou Marsh Trophy for being Canada's best athlete. He is married to his wife Bricia and they have two daughters. He was named #12 on Canada's 100 Greatest Athletes of All Time in 2010. 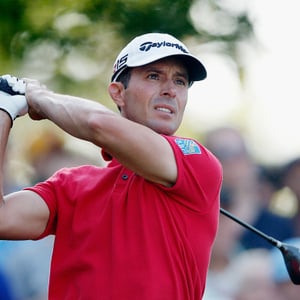