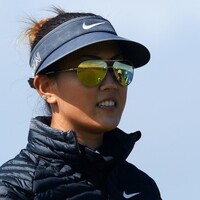 What is Michelle Wie's net worth?

Michelle Wie (also known as Michelle Wie West) is an American professional golfer who has a net worth of $20 million. Wie was the youngest person to ever qualify for the USGA amateur championship, a feat she accomplished at the age of 10. She was also the youngest golfer to qualify for an LPGA tour event.

Michelle began playing golf at just 4 years old, and just before she turned 16, she announced that she was turning professional. Wie was the youngest golfer to win an adult USGA-sanctioned tournament (the 2003 U.S. Women's Amateur Public Links, age 13) and to play in the Curtis Cup (2004, age 14). In 2014, she won her first major championship, the U.S. Women's Open, and she has also won the Lorena Ochoa Invitational (2009), CN Canadian Women's Open (2010), LPGA Lotte Championship (2014), and HSBC Women's World Championship (2018). Michelle guest-starred on the CBS series "Hawaii Five-0" in 2015, and she appeared in the 2021 documentary "The Day Sports Stood Still."

Michelle Wie was born Michelle Sung Wie on October 11, 1989 in Honolulu, Hawaii. Her parents, mother Bo and father Byung-wook Wie, are immigrants from South Korea who moved to the U.S. in the '80s. Bo was once a contestant in a Miss Korea beauty pageant, and she was South Korea's 1985 champion in women's amateur golf. Byung-wook formerly taught travel industry management courses at the University of Hawaii. When Michelle was born, she held dual citizenship between the U.S. and South Korea, but in 2013, she gave up her South Korean citizenship. Wie attended Honolulu's Punahou School, and after graduating in 2007, she enrolled at Stanford University. Michelle wasn't eligible to play for the university's golf team since she was already a professional golfer, and during her first three years there, she took leaves of absence to play professional golf and only attended Stanford from late September until mid-March. Wie earned a degree in communications in 2012.

At the 2004 Sony Open, Wie became the youngest female (and fourth female ever) to compete  in a PGA tour event. She scored 68 in the second round, which set the record for the lowest score by a woman in a PGA Tour event. In 2004, Michelle also finished fourth in the Kraft Nabisco Championship, was a member of the U.S. team that won the Curtis Cup, and was named the Laureus World Newcomer of the Year. In 2005, she competed in eight LPGA events, including the SBS Open (second place), Evian Masters (second place), and Women's British Open (third place), and became the first woman to qualify for a national USGA men's tournament. In October 2005, Wie announced that she was going pro, and she soon signed sponsorship deals with Sony and Nike that were reportedly worth at least $10 million per year.

Michelle's first professional event was the 2005 LPGA Samsung World Championship, and she was disqualified after she signed an incorrect scorecard. She later finished second in the Evian Masters and tied for third at the Kraft Nabisco Championship. In 2006, Wie qualified for the men's U.S. Open, becoming the first female medalist to do so. Around this time, Michelle played on tours in Asia and Europe, including the SK Telecom Open and the Omega European Masters. She became an LPGA member in 2009 and finished second in the SBS Open and Ladies European Tour, tied for 23rd in the LPGA Championship, helped the U.S. team win the Solheim Cup, and won the Lorena Ochoa Invitational. She then won the 2010 CN Canadian Women's Open, the 2014 LPGA Lotte Championship, and the 2014 U.S. Women's Open. Her Lotte Championship win and second-place Kraft Nabisco Championship finish resulted in Michelle winning the Rolex Annika Major Award in 2014, and she was featured on ESPNW's "Impact 25" list that year. The U.S. team won the Solheim Cup again in 2015 and 2017, and Wie won the HSBC Women's World Championship in 2018. In late 2019, it was announced that Michelle would be contributing to CBS Sports' golf coverage. 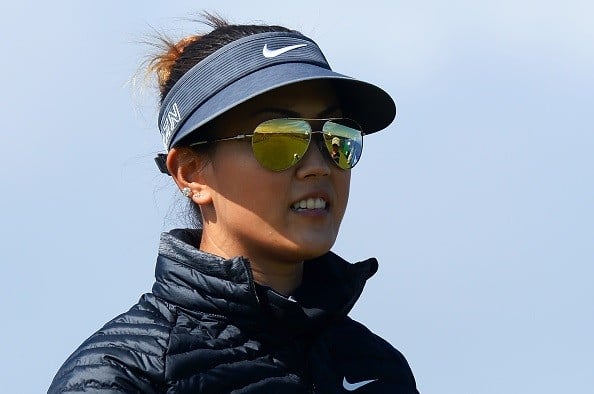 In March 2019, Michelle became engaged to Jonnie West, NBA legend Jerry West's son. Jonnie is the Golden State Warriors' Director of Basketball Operations. Wie and West married in Beverly Hills on August 10, 2019, and they welcomed daughter Makenna Kamalei Yoona West on June 19, 2020. In February 2007, it was reported that Michelle fell and hurt her left wrist while running, and her public relations reps said that she wouldn't be able to play golf for four to six weeks. In April 2008, Wie revealed that three bones in her wrist were broken, and a 2009 article stated that Michelle and her family didn't "understand or accept the severity of the injury" and that Wie took multiple painkillers a day to be able to play during the 2007 season.