Michael Allen Net Worth: Michael Allen is an American professional golfer who has a net worth of $20 million. Michael Allen was born in San Mateo, California in January 1959. He played for the University of Nevada before turning professional in 1984. Allen has competed on both the PGA Tour and the Champions Tour. He played on the European Tour from 1986 to 1989 and again in 1992. Allen won the Scottish Open in 1989 and played on the PGA Tour from 1990 to 1995, 2002, and 2004 to 2009. He has recorded no wins on the tour, but has second place finishes at the Chrysler Classic of Greensboro in 2004, the Turning Stone Resort Championship in 2007, and the Viking Classic in 2010. Allen also played on the Nationwide Tour from 1997 to 2001 and in 2003, and won the Nike Greater Austin Open in 1998. Allen won his first major at the Senior PGA Championship in 2009. 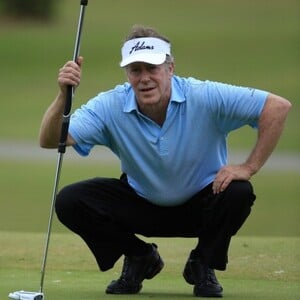