Matt Kuchar Net Worth and career earnings: Matt Kuchar is an American professional golfer who has a net worth of $25 million. In a professional career spanning two decades years, Kuchar has fetched nine wins on the PGA Tour and has earned more than $50 million in prizes. He was born Matthew Gregory Kuchar on June 21, 1978 in Winter Park, Florida.

Kuchar attended Seminole High School and then Georgia Tech where he earned a bachelor degree in management. He turned pro in 2000 and fetched his first PGA Tour win in 2002. In the early 2000s, he enjoyed a rather fleeting success before facing a downturn and literally struggling to sustain his status on the PGA Tour. However, he did put himself on the map once again in 2008 and has since been bringing consistent play. He won a bronze medal for golf at the 2016 Rio Olympics. He has been married to his wife Sybi since 2003 and together they have two children. 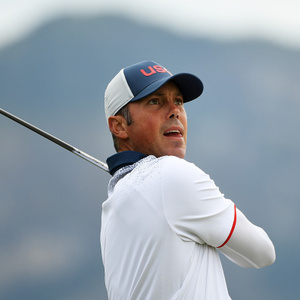