Martin Laird Net Worth: Martin Laird is a Scottish professional golfer who has a net worth of $9 million. Born on December 29, 1982, in Glasgow Scotland, he was a junior when he first started competing in golf. At the time he played left-handed, but he eventually switched to using his right hand.

Off to auspicious start, Laird was seventeen when he won a golfing scholarship at the US Colorado State University. He was coached under Jamie Berme and chalked up several wins that made him become one of the All Mountain West Conference Selections. It was in 2004, right after he graduated from college, that he started competing as a professional golfer. That was the moment when he decided to see if he could make a living on the PGA Tour and has never looked back. To date, Martin Laird has won three PGA Tour events, including the Arnold Palmer Invitational in 2011. It's an interesting fact that Laird was the only Scottish golfer on the PGA Tour until Russell Knox earned his card via the 2011 Nationwide Tour. Today, Martin Laird is still playing on the PGA Tour and is currently coached by Randy Smith. Away from the golf course, he is married to Meagan Franks, with whom he resides in Scottsdale, Arizona, U.S. 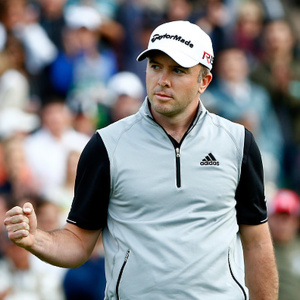