Mark O'Meara Net Worth: Mark O'Meara is an American professional golfer who has a net worth of $11 million. Mark O'Meara was born in Goldsboro, North Carolina in January 1957. He started golfing at 13 years old and snuck onto the Mission Viejo Country Club. He later worked for the club and played golf on his high school team.

He attended Long Beach State University where he was an All-American and won the U.S. Amateur and the California State Amateur Championship in 1979. Mark turned professional in 1980. He won 16 PGA Tour events starting with the Greater Milwaukee Open in 1984. In 1985 he won the Bing Crosby National Pro-Am and the Hawaiian Open. O'Meara won the AT&T Pebble Beach National Pro-Am in 1989 and 1990 when he also won the H.E.B. Texas Open. In 1991 he won the Walt Disney World/Oldsmobile Classic. He went on to win the AT&T Pebble Beach National Pro-Am again in 1992 and 1997. In 1995 Mark won the Honda Classic and Bell Canadian Open. He won the Mercedes Championships and Greater Greensboro Chrysler Classic in 1996. In 1997 he won the Buick Invitational and his best year was in 1998 winning the Masters Tournament and The Open Championship. That year he was named PGA Player of the Year and PGA Tour Player of the Year. O'Meara spent almost 200 weeks in the top 10 of the Official World Golf Ranking from 1986 to 2000. Representing the United States O'Meara also won the Alfred Dunhill Cup, Ryder Cup, Presidents Cup, and World Cup. He started playing on the Champions Tour in 2007. Mark has started developing a golf course design practice and is a brand ambassador for Pacific Links International. 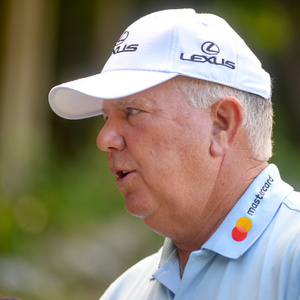