Mark Calcavecchia Net Worth: Mark Calcavecchia is an American professional golfer who has a net worth of $13 million. Mark Calcavecchia was born in Laurel, Nebraska in June 1960. Mark won the Florida high school golf championship at North Shore High School in 1977. He competed against Jackie Nicklaus, the son of Jack, and the two became lifelong friends.

Mark attended the University of Florida on an athletic scholarship and was named to the first-team All-Southeastern Conference in 1979. He turned pro in 1981 and joined the PGA Tour in 1982. He has won 13 PGA Tour events during his professional career. His first was the Southwest Golf Classic in 1986. In 1987 he won the Honda Classic and in 1988 the Bank of Boston Classic. Calcavecchia's best year was in 1989 when he won the Phoenix Open, Nissan Los Angeles Open, and The Open Championship. He won the Phoenix Open again in 1992 and 2001. In 1995 Mark won the BellSouth Classic and in 1997 the Greater Vancouver Open. He won the Honda Classic in 1998 and the Bell Canadian Open in 2005. His last was the PODS Championship in 2007. He also finished 2nd at the Masters Tournament in 1988 and 4th at the PGA Championship in 2001. Competing for the United States he also won the Ryder Cup and the Dunhill Cup. Mark joined the Champions Tour in 2010 and plays a limited PGA Tour Schedule. He was awarded the Byron Nelson Award in 2011. 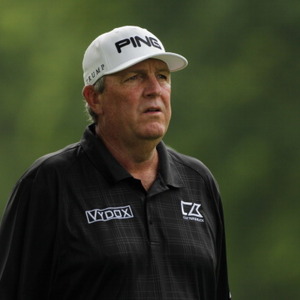