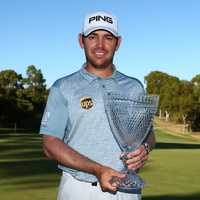 What is Louis Oosthuizen Net Worth, Salary, and Career Earnings?

Louis Oosthuizen is a South African professional golfer who has a net worth of $40 million. After winning the 2010 Open Championship, Louis Oosthuizen rose in both fame and fortune. But this title wasn't just a fluke; Louis has finished as the runner-up in four major championships. These include the 2012 Masters Tournament, the 2015 US Open, the 2021 US Open, the 2015 Open Championship, the 2017 PGA Championship, and the 2021 PGA Championship. In 2013, he reached a personal best on the Official World Golf Ranking, taking fourth place. His nickname in the golfing community is "Shrek."

Lodewicus Theodorus Oosthuizen was born on October 19th of 1982 in Mossel Bay, South Africa. Early in his career, he was supported financially by Ernie Els, another South African golfer who saw the boy's potential. After proving himself on the amateur stage, he went professional in 2002 at the age of 19.

Oosthuizen first achieved notable success on the Sunshine Tour, winning competitions like the Vodacom Origins of Golf Tour, the Dimension Data Pro-Am, and the Platinum Classic throughout the mid-to-late 2000s. During this period, he also joined the European Challenge Tour. He later won his first European Tour event at the Open de Andalucia de Golf. By 2012, he had reached the top ten in the Official World Golf Rankings.

While Louis was clearly proving his potential during these early years, it wasn't until 2010 that he truly arrived on the scene with a win at the 2010 Open Championship. By the first day, he was in second place. Eventually, he established a lead that was insurmountable and scored a two-day total of 132, tying for the lowest 36-hole score in the history of the Open Championship at St. Andrews. In the end, he won by seven strokes, finishing with a final score that was the second-lowest in St. Andrews history. Oosthuizen also became the fourth South African to win the Claret Jug.

Although Oosthuizen struggled to reach similar heights after 2010's stunning success story, he nonetheless continued to impress at various events. He won the Africa Open in 2011 and defended this title the following year. He then finished as the runner-up at the 2012 Masters Tournament, narrowly missing out on a win after losing to Bubba Watson. A similar story played out at the Deutsche Bank Championship in 2012, where Louis lost to Rory McIlroy by one shot. He won the 2013 Volvo Golf Champions and retained this title a year later. More runner-up finishes came with the 2015 Open Championship and the 2017 PGA Championship before he won the South African Open in 2018.

In 2019, he joined the South African international golf team for the 2019 Presidents Cup at the Royal Melbourne Golf Club in Australia, where he was defeated by the United States 16-14. Further second-place finishes came in 2021 with both the PGA Championship and the US Open at Torrey Pines Golf Course. At the US Open, Louis was left frustrated by a wayward shot into the canyon, which essentially cost him the win.

In total, Oosthuizen has amassed 6 amateur wins and 14 professional wins over the course of his career. His single major championship is his 2010 win at the Open Championship. 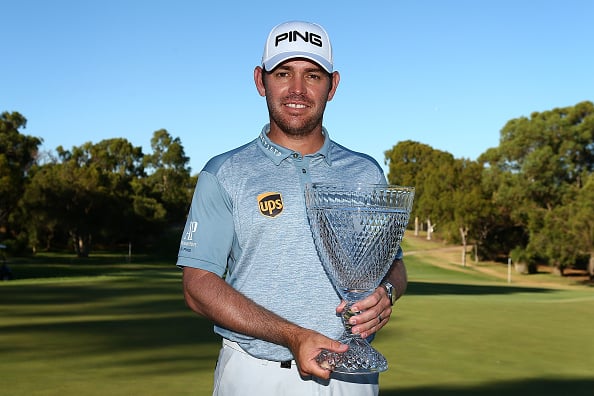 Oosthuizen has struggled with focus and concentration over the course of his career, and this is something he has spoken about on multiple occasions. When he won the 2010 Open Championship, he revealed that he had drawn a small red dot on his glove in order to help with this issue. A sports psychologist recommended that he focus on the red dot in order to refocus and concentrate before each shot. Louis later admitted that this strategy was a big factor in his eventual win in 2010.

In 2020, it was reported that Oosthuizen had sold a home in Florida for $5.5 million. The residence sits within Old Palm Golf Club, right in the middle of an 18-hole golf course in Palm Beach Gardens. Louis originally purchased this property for $850,000 in 2013, which means that he earned a tremendous return on his initial investment just seven years prior. He actually bought the raw land before constructing his own home, which should explain the impressive profit margin.

Spanning more than 10,000 square feet of living space, the home features high ceilings, wood beams, and a private guest wing. Additional highlights include stunning views of a nearby lake, a golf simulator, a bar, a wine storage area, and a games room. Outside, there is a pool complete with a spa, plus an area dedicated to putting practice. Oosthuizen had originally tried to sell the property back in 2016 for $7.5 million. He then lowered the asking price to $5.89 million before ultimately settling for $5.5 million.

In 2021, Louis seemingly used some of the proceeds from this earlier sale to purchase his own farm in Ocala, Florida. Located about 100 miles north of Tampa, this farm boasts 86 acres of land. After purchasing the property, it was reported that he and his family were living in a rental property nearby, with plans to move into the farmhouse once it was renovated.

In addition, Louis still owns a 150-acre farm in his home nation of South Africa. He grows hay on this land, which he supplies to his brother. His brother owners a dairy farm that spans 1,500 acres in an adjacent parcel of land. Despite his success in the golf world, Oosthuizen is incredibly passionate about farming, and has spent much of his fortune on farming equipment, such as expensive tractors and so on.