Lorena Ochoa Net Worth: Lorena Ochoa is a retired Mexican professional golfer who has a net worth of $15 million. Lorena Ochoa was born on November 15, 1981, in Guadalajara, Mexico. She is considered to be one of the best Mexican golfers of all time. Lorena first started playing golf at the age of five, without even dreaming of the fast pace her skills would take.

At six, she already won a state championship, followed by a national one a year later. Eight-year-old Ochoa ranked # 1 in the World Junior Golf Championship, and by the time she reached thirteen she was the only player in the world to be the winner five consecutive years at the Junior World International Championship and the World Junior Golf Championship. This impressive record is still held by Lorena. In 2000, she became a Sports Psychology student at the University of Arizona. There, she joined the golf team and took her golf career one level higher on the National Collegiate Athletic Association (NCAA). While in college, she won 12 collegiate tournaments, out of which she won seven in a row setting a new record. Lorena Ochoa turned pro in 2002 on the Futures Tour, where she won three tournaments and also ranked first place on the money list. This success secured her a place on the LPGA. In 2007, Ochoa at only 25 years of age managed to rank #1 globally. Actually, she remained top-ranked female golfer in the world for over three years, from April 2007 to her retirement in May 2010. Aside from excelling in golf, Ochoa is a great charity supporter and she is currently working on a publishing project "Memories," written by her. She is married to Andres Conesa, with whom she has one child. 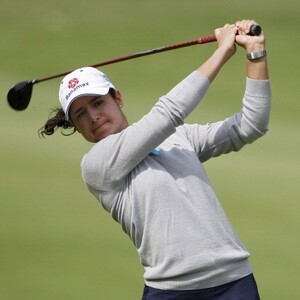