Lexi Thompson net worth: Lexi Thompson is an American professional golfer who has a net worth of $2 million. Lexi Thompson was born in Coral Springs, Florida in February 1995. She became the youngest golfer to quality for the U.S. Women's Open at the age of 12. At 15 years old Thompson turned professional and set a record for being the youngest winner of an LPGA tournament in 2011 at 16 years and seven months.

Thompson became the second youngest winner of a Ladies European Tour championship when she won the Dubai Ladies Masters in 2011. She won the 2014 Kraft Nabisco Championship and has won a total of eight LPGA Tour events. Thompson finished tied for 7th at the 2014 U.S. Women's Open and tied for 8th at the 2016 Women's British Open. She achieved world rankings of #4 in 2015 and #5 in 2016. Thompson started winning from an early age and won the 2003 and 2004 U.S. Kids Golf World Championships. 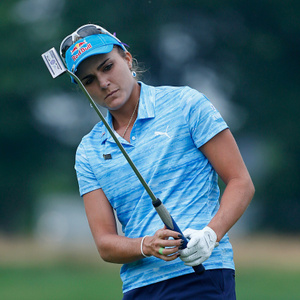