How much is Lee Janzen Worth?

Lee Janzen Net Worth: Lee Janzen is an American professional golfer who has a net worth of $8 million. Lee Janzen was born in Austin, Minnesota in August 1964. He started playing golf at 12 years old. At 15 he won his first tournament as a member of the Greater Tampa Junior Golf Association. He attended Florida Southern where they won the Division II national championship in 1985 and 1986 and he was the individual medalist in 1986 and turned professional that year. He joined the PGA Tour in 1989. Janzen has eight wins on the PGA Tour and his most notable wins are the 1993 and 1998 U.S. Opens. Both times he defeated Payne Stewart to win the U.S. Open. Lee also won at The Players Championship in 1995. His best finish at the Masters Tournament was 12th in 1995 and 1996 and he finished 4th at the 1997 PGA Championship. Janzen played on the American Ryder Cup teams in 1993 and 1997. He has won at the Northern Telecom Open, Phoenix Open, Buick Classic, Kemper Open, and Sprint International. 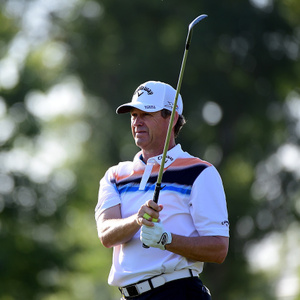