Kenny Perry net worth: Kenny Perry is an American professional golfer who has a net worth of $30 million dollars. Kenny Perry was born in Elizabethtown, Kentucky and began playing golf with his father when he was in elementary school. He went on to play on his high school team, and then attended Western Kentucky University.

He struggled for a number of years after turning professional in the early 80s. He finally qualified for the PGA Tour in 1985. He has gone on to compete on both the PGA and Champions Tours. He has won 14 PGA Tour events and 2 Champions Tour events. He finished the Open Championship in 8th Place in 2003. He finished in third place at the U.S. Open in 2003, as well. He has also finished in second place at the PGA Championship in 1996 and the Masters Tournament in 2009. He was awarded the Payne Stewart Award in 2009. 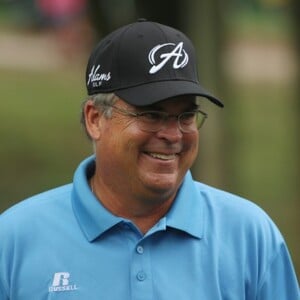