Karrie Webb net worth: Karrie Webb is an Australian golfer who has a net worth of $15 million. Born in Ayr, Queensland on December 21, 1974, Webb began her professional career in 1994, where she finished second at the Women's Australian Open tournament. The following year, she became the youngest winner of the Weetabix Women's British Open, and joined the LPGA Tour in 1996.

She won four tournaments her rookie season and was named 1996 LPGA Rookie of the Year. Her successful season made her the first woman to earn over $1 million in a year. For her career, Webb has won 39 LPGA tournaments overall, making her the active LPGA wins leader and 11th on the all-time list. Her first major win came in 1999 at the du Maurier Ltd. Classic. In both 1999 and 2000, Webb was named the LPGA Tour Player of the Year. She won the U.S. Women's Open in 2000 and repeated once again in 2001. After some late career struggles, Webb won her seventh LPGA major in 2006. In the final round at the Kraft Nabisco Championship, she holed a 116-yard shot from the fairway to eagle the 18th hole. In a sudden-death playoff, she birdied the same hole to beat Lorena Ochoa and win her second Kraft Nabisco Championship. Her successful career culminated in her entry into the 2005 World Golf Hall of Fame, making Webb the only woman from Australia to achieve that feat. 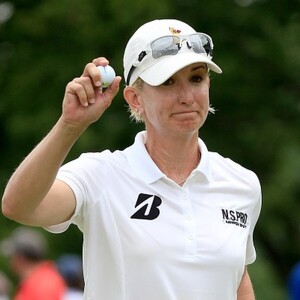