His biggest win was at the 2017 PGA Championship. Thomas tied for 9th at the 2017 U.S. Open. He tied for 17th at the 2018 Masters Tournament and tied for 53rd at the 2016 The Open Championship. He won the CIMB Classic in 2015 and 2016. In 2017 he won the SBS Tournament of Champions and the Sony Open in Hawaii as well as the Dell Technologies Championship and the CJ Cup. In 2018 he won The Honda Classic. On the Web.com Tour he won the Nationwide Children's Hospital Championship in 2014. Justin Thomas won the Haskins Award in 2012. In 2017 he was the FedEx Cup Champion, PGA Tour leading money winner, PGA Player of the Year, and PGA Tour Player of the Year. 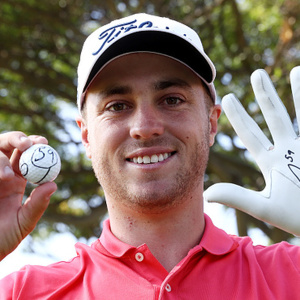