Justin Leonard net worth: Justin Leonard is an American professional golfer who has a net worth of $25 million dollars. Born in Dallas, Texas, Justin Leonard graduated from the University of Texas at Austin. While in college, he became the 1994 NCAA Champion. He is also the 1992 Amateur Champion and a two-time All-American.

He received the Haskins Award, given to the best collegiate golfer, in 1994, and upon graduation became one of only four people ever to go directly from college into the PGA Tour. He has since had 12 PGA Tour wins, and won The Open Championship in 1997. He played on the Ryder Cup team in 1997, 1999, and 2008. His unprecedented comeback at the end of the tournament in 1999 is considered to be one of golf's great moments. He has often played very well throughout major tournaments, but has then made multiple mistakes on the last few holes. The end result is that he often drops back in the field on the last day. 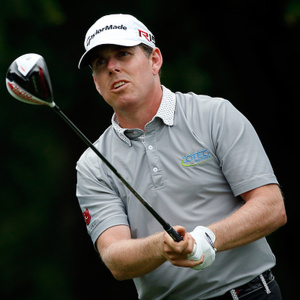