Jordan Spieth is an American professional golfer who has a net worth of $110 million. He is one of the highest-paid athletes in the world. As of this writing he has earned more than $40 million from PGA winnings alone. That places him among the top 20 highest-earning golfers in PGA history. Jordan also earns tens of millions per year on top of tournament winnings from endorsements. Between June 2017 and June 2018, Spieth earned $42 million from salary and endorsements.

Spieth won the US Junior Amateur tournament in both 2009 and 2011, only the second player in history to do so (Tiger Woods was the first). When Jordan was just 17 years old, he was ranked as the #1 PGA Junior golfer in the world. He attended the University of Texas, where he was a first-team All-American and won the NCAA golf tournament during his freshman year, and he joined the PGA Pro Tour in 2012, halfway through his sophomore year. In 2013, Spieth was voted PGA Rookie of the Year and partnered with Under Armour and BioSteel Sports Supplements for sponsorship. In 2015, he won the Valspar Championship, becoming the third-youngest player in PGA Tour history to win multiple PGA Tour events, behind Tiger Woods and Sergio García. That year, Jordan also broke a 36-hole Record at The Masters and won the US Open with a final score of 5 under par. He is the third-youngest player in PGA Tour history to win multiple events, behind Woods and García and is the youngest US Open champion since Bobby Jones won in 1923 at the age of 21.

Jordan Spieth was born Jordan Alexander Spieth on July 27, 1993, in Dallas, Texas. His mother, Chris, is a computer engineer who played basketball in college, and his father, Shawn, played college baseball and is the founder of a media analytics company. Jordan grew up with two younger siblings, Steven and Ellie, and played golf, basketball, baseball, football, and soccer during his youth. He started out playing golf on the family's lawn, but he later convinced his parents to become members of the Brookhaven Country Club so he would be able to hone his skills on a proper golf course. Spieth received his education at St. Monica Catholic School and Jesuit College Preparatory School, graduating in 2011.

Jordan came in second in the Junior PGA Championship in 2008 and 2009, and he was named the Rolex Junior Player of the Year by the American Junior Golf Association (AJGA) in 2009. In July 2011, just before his 18th birthday, Jordan was the #1 player in the AJGA Golf Rankings. The previous year, Spieth became the sixth-youngest golfer to compete in a PGA Tour event when he played in the HP Byron Nelson Championship; he tied for 16th place, and he competed again in 2011, tying for 32nd place. Jordan competed in the 2011 Walker Cup while he was a student at the University of Texas, and his performance on the school's golf team earned him the titles of Player of the Year and Big 12 Freshman of the Year, and he was named to the All-Big 12 Team. After Spieth was an alternate in the 2012 U.S. Open (tying for 21st place), the World Amateur Golf Ranking ranked him the #1 amateur golfer.

Jordan went professional in 2012, and in July 2013, he won the John Deere Classic and became the first teenager to win a PGA Tour event since 1931, when Ralph Guldahl was the champion of the Santa Monica Open. After the win, Spieth became a full-fledged member of the PGA Tour, earning eligibility in the FedEx Cup, PGA Championship, 2013 Open Championship, and 2014 Masters. He tied for fourth place in the Deutsche Bank Championship and was chosen to play on the United States team in the 2013 Presidents Cup. Jordan earned the honor of being named PGA Tour Rookie of the Year on September 27, 2013, and at the end of the year, he came in at #22 in the Official World Golf Ranking. In 2014, he played in his first Masters and tied for second place, making him the youngest runner-up in the history of the tournament. Spieth's standing in the Official World Golf Ranking rose to #9 after the Masters, and later that year, he became the youngest American to compete in the Ryder Cup since 1929. In November 2014, Jordan won the Emirates Australian Open, and a week later, he was victorious in the Hero World Challenge. 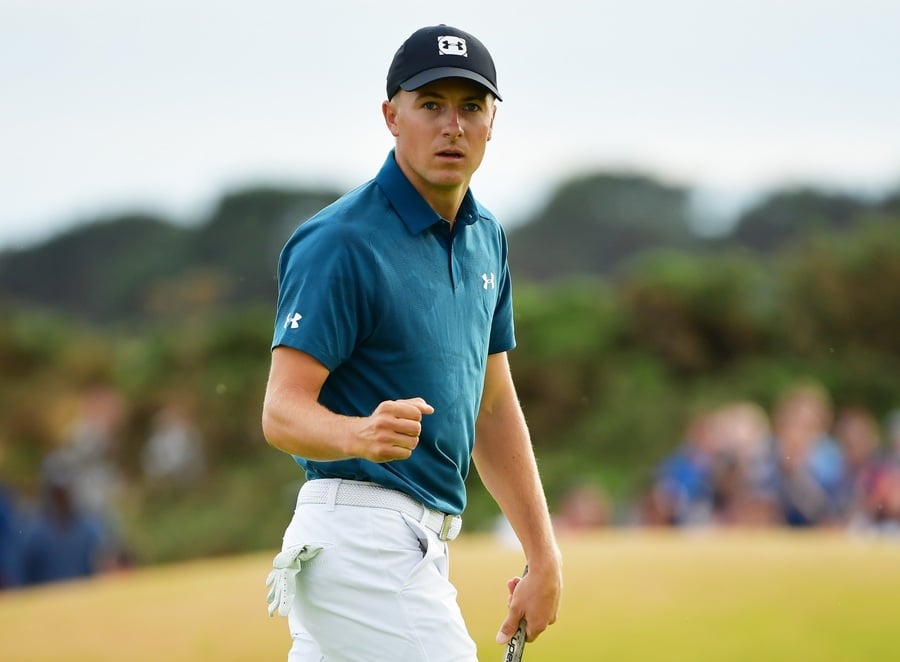 In 2015, Spieth was the champion of the Valspar Championship and was ranked the #6 golfer in the Official World Golf Ranking. He was then runner-up at the Valero Texas Open, moving his ranking up to #4, and in April 2015, he won the Masters, becoming the second-youngest golfer to do so and the #2 player in the Official World Golf Ranking. Jordan won the U.S. Open in June of that year and went on to win the John Deere Classic and come in second in the 2015 PGA Championship, earning the coveted #1 spot in the Official World Golf Ranking. His victory in the 2015 Tour Championship made him a FedEx Cup champion and earned him a $10 million dollar bonus. Not including the bonus, Spieth won more than $12 million in 2015. In 2016, Jordan won the Hyundai Tournament of Champions, Dean & DeLuca Invitational, and Emirates Australian Open, and was runner-up in the Masters, and the following year, he won the AT&T Pebble Beach Pro-Am and the Open Championship. In 2018, Spieth became the PGA Tour's Chairman of the Player Advisory Council.

Jordan began a relationship with Annie Verret in high school, and he proposed to her on Christmas Eve in 2017. The couple married during Thanksgiving weekend the following year. In 2014, Spieth formed the Jordan Spieth Family Foundation, which raises awareness and funds for organizations that are dedicated to pediatric cancer, special needs children, military families, and junior golf.

In 2016, Jordan purchased a 10,000+ square foot Dallas mansion from fellow golfer Hunter Mahan. Spieth reportedly paid $7.15 million for the 5-bedroom home, which features an indoor basketball court, 12-car garage, and a gym with a golf simulator. 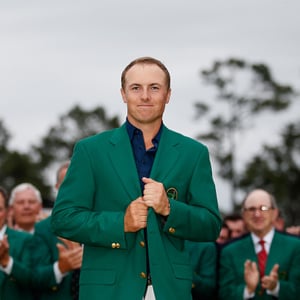