Jeff Sluman Net Worth: Jeff Sluman is an American professional golfer who has a net worth of $10 million. Jeff Sluman was born in Rochester, New York in September 1957. Sluman graduated from Florida State University in 1980 and turned professional the same year. He had six wins on the PGA Tour. His first PGA Tour win was the PGA Championship in 1988. After winning his only major championship he did not win another tournament until the Tucson Chrysler Classic in 1997. Sluman won the Greater Milwaukee Open in 1998 and the Sony Open in Hawaii in 1999. He also won the B.C. Open in 2001 and the Greater Milwaukee Open again in 2002. He joined the Champions Tour in 2007 where he has won six events including the Walmart First Tee Open at Pebble Beach twice, and the Bank of America Championship, Nature Valley First Tee Open at Pebble Beach, Liberty Mutual Insurance Legends of Golf, and Big Cedar Lodge Legends of Golf. Sluman finished 2nd at the U.S. Open in 1992 and 4th at the Masters Tournament the same year. 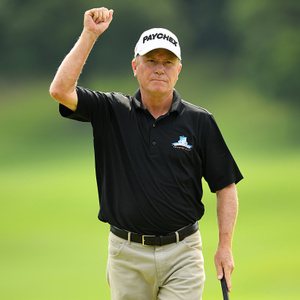