Jean van de Velde turned professional in 1987 and has competed on the European Tour and the PGA Tour and has seven professional wins including two on the European Tour. His most notable accomplishment was finished tied for 2nd at the 1999 The Open Championship where he lost dramatically. He finished tied for 19th at the Masters Tournament in 2000, tied for 30th at the 2000 PGA Championship, and tied for 45th at the 2002 U.S. Open.  Jean van de Velde won the Roma Masters in 1993 and the Madeira Island Open Caixa Geral de Depositos in 2006. 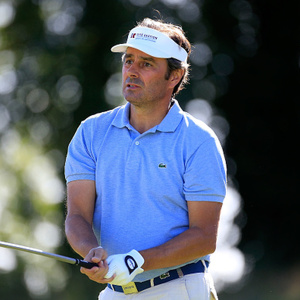