Jay Haas Net Worth: Jay Haas is an American professional golfer who has a net worth of $8 million. Jay Haas was born in St. Louis, Missouri in December 1953. He attended Wake Forest University where he was part of the NCAA Championship team that has been called the greatest college team of all time which also included Bob Byman and Curtis Strange.

Haas won the individual championship in 1975 and turned pro the next year. While part of the PGA Tour Hass won nine events starting with the Andy Williams-San Diego Open Invitational in 1978. In 1981 he won the Greater Milwaukee Open and the B.C. Open. In 1982 he won the Hall of Fame event and the Texas Open. Haas won the Big "I" Houston Open in 1987 and the Bob Hope Chrysler Classic in 1988. He won the Federal Express St. Jude Classic in 1992 and the H.E.B. Texas Open in 1993. He finished 3rd at the Masters Tournament in 1995 and the PGA Championship in 1999 and 4th at the U.S. Open in 1995. Hass joined the Champions Tour in 2004 and won the Payne Stewart Award that year. He won the Jim Murray Award, PGA Tour Comeback Player of the Year, and Champions Tour Rookie of the Year in 2005. In 2006 he won the Bob Jones Award. He also won the Jack Nicklaus Trophy and Arnold Palmer Award in 2006 and 2007 and the Charles Schwab Cup in 2006 and 2008. 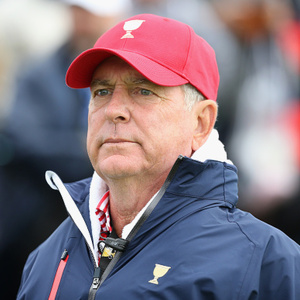