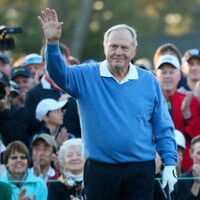 What is Jack Nicklaus' Net Worth and Career Earnings?

Jack Nicklaus is a retired American professional golfer who has a net worth of $400 million. Also known as "The Golden Bear" in golfing circles, Jack Nicklaus is considered one of the greatest professional golfers in history. He is also one of the highest-earning athletes in history. With 18 major championships to his name, he won more major titles than any other golfer. Jack was known for being very selective about which tournaments he entered, and he focused heavily on the major championships. Because of this approach, he has competed in more major tournaments than any other. He is also ranked third in terms of total PGA Tour victories, with 73 to his name.

After turning pro at the age of 21, he then became the youngest player to win all four golf majors at age 26. In 1986, Jack became the oldest player to win the Masters at the age of 46. This was his final major championship victory. He then joined the PGA Tour Champions (previously known as the Senior PGA Tour) and made his final appearance in 2005. Outside of his activities on the golf course, Nicklaus is an accomplished entrepreneur who runs one of the world's largest golf course design companies. He has also released a number of instructional golf books and videos.

There is a museum to honor Jack's achievements, both on and off the golf course, at Ohio State University (his alma mater). Scotland has even put Jack on a commemorative five-pound note. He is the only non-royal living person in history to appear on a British banknote.

Jack Nicklaus is the fourth-highest earning athlete of all time. As of this writing his career earnings sit at $1.15 billion. Only Michael Jordan, Tiger Woods, and his old rival Arnold Palmer have made more money during their respective careers. It goes without saying that the vast majority of Jack's $1.15 billion in earnings has not come from prize money. He founded Nicklaus Design 50 years ago and to date has designed more than 380 golf courses in 36 countries. But course design is just one part of Nicklaus's empire. He has a line of golf balls and, like his former rival Arnold Palmer, has licensed his name to the AriZona Beverage company for a branded lemonade. He's also got endorsement and marketing deals with a number of companies including Perry Ellis and Rolex.

Between fund raising and direct donations, Jack has donated hundreds of millions of dollars to charity. His biggest donation to date occurred in February 2015 when Jack and his wife Barbara donated $60 million to the Miami Children's Health System. They made their donation through the Nicklaus Children's Health Care Foundation. In recognition of this incredibly generous donation, both the main hospital and its eight satellite outpatient centers will be officially renamed the Nicklaus Children's Hospital.

Jack William Nicklaus was born on January 21st of 1940 in Columbus, Ohio. Raised in the suburb of Upper Arlington by a family with German roots, Jack showed great athletic promise as an early child. This was perhaps unsurprising, given the fact that his father Charlie once played football for the Ohio State Buckeyes who went on to play semi-professionally. Although Jack would later become a golf champion, he initially excelled at basketball.

That being said, golf was always a major passion for Jack, who first played the sport at the age of 10. As a child, he was coached by Jack Grout. Before overcoming a mild case of polio at the age of 13, Nicklaus won his first Ohio State Junior Golf title at the age of 12. He would win five more in the coming years. At 14, he won the Tri-State High School Championship. Before he was 18, Jack had won 27 major events throughout Ohio. 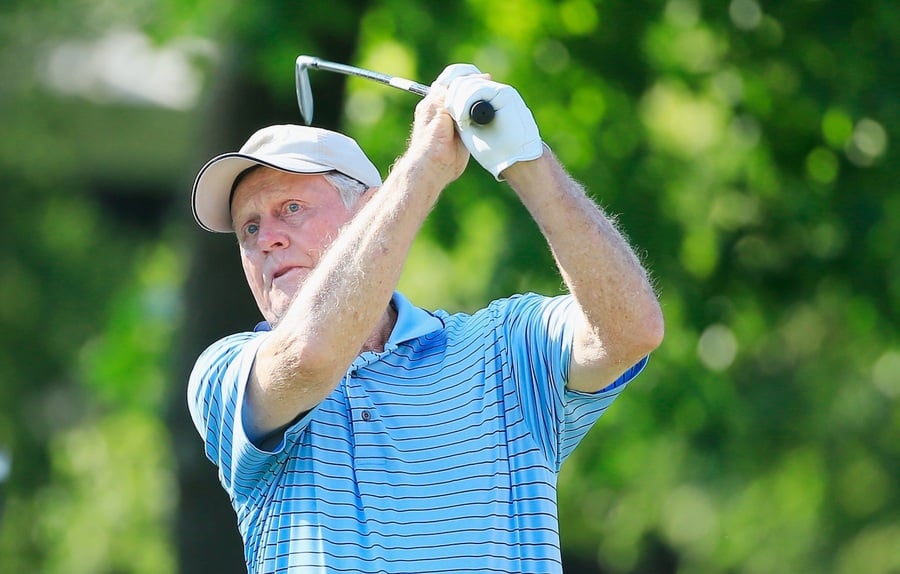 At the age of 18, Nicklaus participated in his first PGA Tour event with the Rubber City Open. Throughout this year, he continued to score positive results. After graduating high school, he attended Ohio State and won the U.S. Amateur twice during his college years. In 1960, he finished two strokes behind the winner at the U.S. Open, becoming one of the lowest scores ever achieved by an amateur. During this period, he was considered the world's top amateur golfer.

Initially, Jack planned to be the first amateur in history to win the masters. However, he later chose to go professional at the age of 21 in order to support his family. He then began his career on the PGA tour and scored a number of impressive wins over the years. He led the PGA Tour money list for the first time in 1964. In 1965 and 1966, he won the Masters back to back. After his career began to slump towards the end of the 60s, Jack experienced a resurgence in the 70s. During this period, he won the 1971 PGA Championship and led the money list once again. He also became the first player to amass over $3 million in PGA Tour earnings.

In 1978, Jack achieved a third career grand slam. He continued to play well throughout the 80s, and at the age of 46, he won his sixth Masters. In 1998, he was still playing at the Masters despite hip problems. That year, he achieved the lowest score for any player at the Masters over the age of 50. By the end of his career, he was celebrated not only for his achievements, but also for his incredible longevity.

In 1960, Nicklaus married Barbara Bash, who was a nursing student at Ohio State when she met Jack. Over the course of their relationship, they have had five children together.

Jack Nicklaus has been involved in golf course design since the mid-1960s, when Pete Dye asked his opinion when creating The Golf Club in Columbus, Ohio. By the end of the 60s, he helped design Harbour Town Golf Links in South Carolina. In 1974, he designed the Muirfield Village Golf Club in Dublin, Ohio. This course has hosted the Memorial Tournament and a number of other golf events in the past.

The first time he designed a golf course on his own was in the mid-70s, when he designed the Glen Abbey Golf Course in Oakville, Ontario. After a number of additional design ventures, Jack and his sons created a company called Nicklaus Design. By 299, the company had designed 299 golf courses throughout the world.

Jack Nicklaus is also famous for his gold instructional books and videos. His most famous book, "Golf My Way," was first published in 1974. Ever since then, it has been republished and adapted into an instructional video. Nicklaus also regularly contributes to various golf magazines as a writer, including "Golf Magazine." In addition, Nicklaus also lent his name to a successful golf video game called "Jack Nicklaus."

Jack Nicklaus has engaged in a number of brand endorsement deals over the years. One of the most notable was with the Arizona Beverage Company, and Jack lent his name and likeness to a special flavor of lemonade/iced tea drinks sold by the company (Arnold Palmer already had his own flavor by this point).

In 2010, Jack partnered with Terlato Wines to create a special collection of three wines from the Napa Valley region. These included a red blend, a Cabernet Sauvignon, and a white blend. In 2012, the company released another "Golden Bear Reserve" red blend to commemorate the 50th anniversary of Jack's first major championship.

In 2020, it was reported that Jack Nicklaus and his wife were selling a property in Aldie, Virginia. Although they custom-built the home after purchasing it many years prior, Jack and Barbara never lived in it full time. In fact, it is widely believed that Jack only purchased the home so that had somewhere nice to stay during the Creighton Farms Invitational. They listed the 5,500-square-foot home for $2.69 million.