Ian Woosnam net worth: Ian Woosnam is a Welsh professional golfer who has a net worth of $30 million. Along with Nick Faldo, Seve Ballesteros, Bernhard Langer and Sandy Lyle, Woosnam is known as one of the "Big Five" of Europeans who all were born within 12 months of each other and made Europe competitive in the Ryder Cup.

He was born on March 2, 1958 and turned pro in 1976, participating in his first European Tour in 1979. His career began improving after he won the Swiss Open in 1982. In 1991, Woosnam became the #1-ranked player in the world, a spot he held for 50 weeks. That year, he also won his first and only Major Championship, as he secured victory in the 1991 Masters. From 1983-1997 Woosnam was a member of eight straight Ryder Cup teams, and was named Europe's vice captain in 2002. In 2006, he was named captain of the European team, and guided the Europeans to an 18½-9½ victory over the Americans. Throughout his career, he's accumulated 50 wins, including 29 on the European Tour. That puts him at 6th place all-time on the European Tour wins list. In 2010 Woosnam was inducted into the Welsh Sports Hall of Fame. 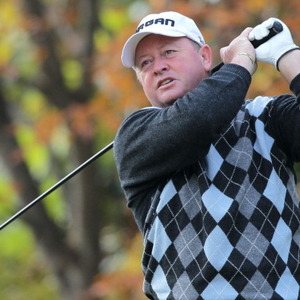