Henrik Stenson net worth: Henrik Stenson is a Swedish professional golfer who has a net worth of $25 million. Henrik Stenson was born in Gothenburg, Sweden in April 1976. He turned professional in 1998 and joined the European Tour in 2001 and the PGA Tour in 2007. Stenson has been in the World top ten rankings for more than 100 weeks and his career high ranking was #2 which is the highest of any Swedish golfer.

He finished as the runner-up at the 2013 Open Championship and won the U.S. PGA Tour's FedEx Cup and the European Tour's Race to Dubai. Stenson has won four times on the PGA Tour, nine times of the European Tour, three times on the Challenge Tour, and once on the Asian Tour and the Sunshine Tour. He finished 3rd at the PGA Championship in 2013 and 2014 and fourth at the U.S. Open in 2014. In 2013 Stenson was named European Tour Golfer of the Year. He has also represented Sweden in the World Cup and Europe in the Ryder Cup. 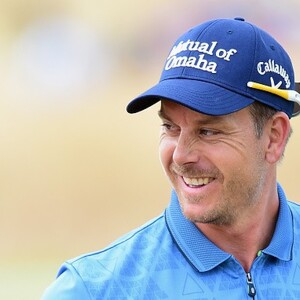