Hal Sutton Net Worth: Hal Sutton is an American professional golfer who has a net worth of $8 million. Hal Sutton was born in Shreveport, Louisiana in April 1958. He was named Golf Magazine's 1980 College Player of the Year at Centenary College of Louisiana. At the school he was an All-American and won 14 tournaments.

Sutton won 14 PGA events including one Major championship. His first win was in 1982 at the Walt Disney World Golf Classic. In 1983 he won the Tournament Players Championship and the PGA Championship. He won the St. Jude Memphis Classic and the Southwest Golf Classic in 1985. In 1986 Hal won the Phoenix Open and the Memorial Tournament. He won the B.C. Open in 1995. In 1998 he won the Westin Texas Open and The Tour Championship. Sutton won the Bell Canadian Open in 1999 and The Players Championship and the Greater Greensboro Chrysler Classic in 2000. He also won the Shell Houston Open in 2001. Representing the United States he won the Walker Cup, Eisenhower Trophy, the Ryder Cup, and the Presidents Cup. Sutton finished 4th at the U.S. Open in 1986. He was named the PGA Player of the Year and the PGA Tour leading money winner in 1983. In 1994 he won the PGA Tour Comeback Player of the Year award and he also won the Payne Stewart Award in 2007. He started playing on the Champions Tour in 2008. 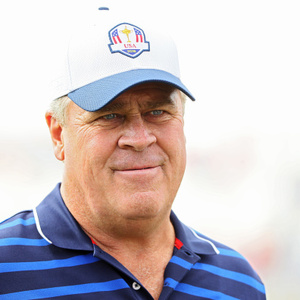