Gary Woodland net worth: Gary Woodland is an American professional golfer who has a net worth of $14 million. Gary Woodland was born in Topeka, Kansas in May 1984. He attended the University of Kansas on a golf scholarship and won four tournaments as an amateur. Woodland turned professional in 2007 and played on the Nationwide Tour.

He divided his time between the PGA and Nationwide Tours. Woodland won the Southwest Kansas Pro-Am in 2008 and the Omega Mission Hills World Cup with Matt Kuchar in 2011. He has two PGA Tour wins at the Transitions Championship in 2011 and at the Reno-Tahoe Open in 2013. His best results at major championship events include 12th at the PGA Championship in 2011, 23rd at the U.S. Open in 2011, 24th at the Masters Tournament in 2011, and 30th at The Open Championship in 2011. Woodland missed the cut at the 2015 Masters Tournament. On June 16, 2019 Gary birdied the 18th hole at Pebble Beach to win the U.S. Open. With the win, Gary took home $2.5 million which brought his career earnings to $25 million. 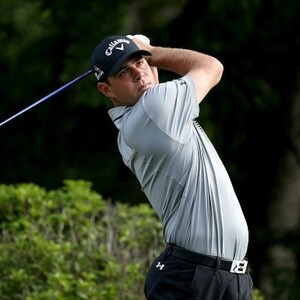