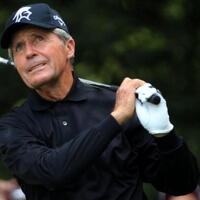 What is Gary Player's Net Worth?

Gary Player is a retired professional golfer who has a net worth of $250 million. Player is widely considered to be one of the best golfers in history. Originally hailing from South Africa, Gary has won nine major championships over the course of his career on the regular tour and a further nine major championships on the Champions Tour. Player started young, winning the 1965 US Open at the age of 29. Before he turned 30, he had also completed the coveted career Grand Slam, becoming the youngest player to accomplish this feat at the time.

Over the course of his career, he won over 150 professional tournaments. His seven-decade career also resulted in his induction into the World Golf Hall of Fame in 1974. Known by fans around the world by nicknames such as "The Black Knight," "Mr. Fitness," and the "International Ambassador of Golf," Player has become a highly influential figure in the sport. He eventually greeted a design firm called Gary Player Design, becoming a renowned golf course architect and establishing more than 400 design projects throughout the globe. Gary has also written many books on golf, philosophy, fitness, and other topics. He is also an active philanthropist, having raised millions of dollars for various charities over the years. In 2021, he was awarded the Presidential Medal of Freedom by President Donald Trump.

Gary Player was born on November 1st of 1935 in Johannesburg, South Africa. Raised alongside two elder siblings, Gary watched his mother pass away from cancer when he was eight years old. His father spent most of his time working in gold mines, but he took an interest in Gary's passion for golf. Eventually, Gary was given a set of golf clubs by his father, who had taken out a loan in order to make the purchase.

During these early years, Player practiced his golf technique at the Virginia Park golf course in Johannesburg. By the age of 14, he was playing his first real rounds of golf. By the time he reached the age of 16, he was confident that he would one day become the greatest player in the world. One year, later, he turned professional. Ian Player, Gary's older brother, also achieved considerable heights later in life, eventually becoming a world-renowned educator and conservationist who helped save the white rhino from extinction.

Throughout the late 1950s until the late 1970s, Gary Player competed with golfing greats like Arnold Palmer and Jack Nicklaus, becoming one of the "Big Three" golfers who dominated the sport during this era. He eventually became tied for fourth place in terms of major championship victories. He also became one of only five golfers to the career Grand Slam, completing the feat at 29 years of age.

From the late 50s onwards, Player became a regular fixture on the PGA Tour. He eventually led the money list in 1961, going on to win 24 career Tour titles. During his career, he became well-known for his exceptional business, entering an incredible number of tournaments throughout the world in any given year. It is estimated that Gary has flown further than any other athlete in history with 16 million miles in air travel. 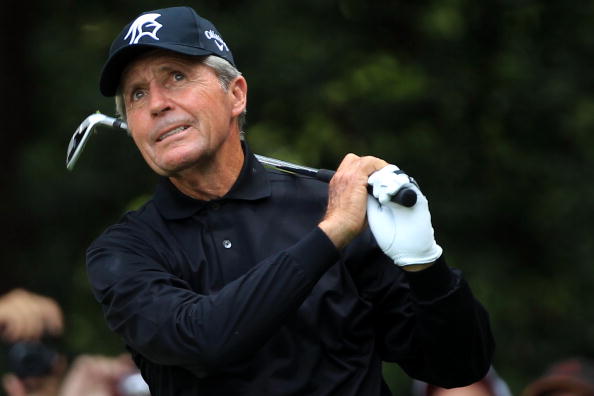 Some of his favorite championships include the South African Open and the Australian Open, as he has won more victories at these events than any other golfer in history. He also performed well at the British Open, winning the event in three different decades. His last win at the Masters came in 1978, and that year he also won the Tournament of Champions. He later became the oldest golfer to make the cut at the 1998 Masters, an accomplishment he credited to his diet and overall fitness.

In 1957, Gary Player married Vivienne Verwey, the sister of professional golfer Bobby Verwey. They subsequently had six children together. These six children eventually provided Player with 22 grandchildren and a further 2 great-grandchildren. His eldest son Marc eventually created Black Knight International, a company that represents Player in matters such as brand endorsements, merchandising, golf course design, and real estate development. Vivienne passed away from cancer in 2021.

Gary once made controversial statements about the apartheid in South Africa in 1966, supporting the policies that typified the nation and describing whites as having the "ability to maintain civilized values and standards" while describing other occupants of South Africa as "alien barbarians" who believed in "primitive magic" while practicing "ritual murder and polygamy." These comments were obviously met with outrage, especially by civil rights activists. Some individuals protested against Player directly at the 1969 PGA Championship. The controversy continued well into the 70s, as he was taunted by hecklers as a racist by Australians at another tournament.

Player also experienced minor controversy when he took the Augusta National green jacket home after losing the Masters Tournament in 1962. Only winners of the Masters Tournament are allowed to take their jackets home, and others are required to keep their jackets on club grounds. After he took his jacket back to his home in South Africa in 1962, he received a phone call from the club Chairman, demanding that he return it. In his defense, Gary stated that he wasn't aware of the rules.