Gary McCord net worth: Gary McCord is an American professional golfer, author, commentator, and actor who has a net worth of $1.5 million. Gary McCord was born in San Gabriel, California in May 1948. He played for the UC Riverside Highlanders and was a two-time Davison II All-American and won the NCAA Division II individual championship in 1971.

McCord turned pro in 1971. While on the PGA Tour he played in some 400 events but never won. He finished second at the Greater Milwaukee Open in 1975 and 1977 and had over 20 Top 10 finishes. McCord won the Ben Hogan Gateway Open in 1991 on the Nationwide Tour and won the Toshiba Senior Classic and Ingersoll-Rand Senior Tour Championship on the Champions Tour in 1999. He joined CBS sports as a golf analyst in 1986. He was barred from The Masters for his outspokenness. He has authored the books Just a Range Ball in a Box of Titleists and Golf for Dummies. McCord appeared in the 1996 movie Tin Cup. 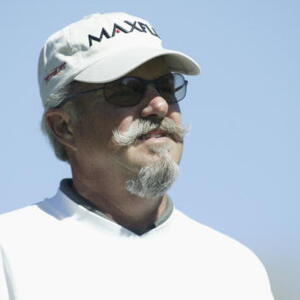