What is Dustin Johnson's Net Worth and Career Earnings?

Dustin Johnson is an American professional golfer who has a net worth of $100 million dollars. Dustin has been the number-one-ranked golfer in the world for a period of 64 weeks, starting in 2017. This is one of the longest runs for any golfer holding the top spot. Johnson has been quite successful over the course of his career, especially when it comes to World Golf Championships – only Tiger Woods has won more. Johnson is particularly skilled when it comes to driving and is one of the longest drivers on the PGA Tour.

As of this writing, Dustin has won $70 million dollars in tournament prize money. If you include the $15 million he won at the 2020 FedEx Cup title, he is the third highest-earning golfer of all time behind Tiger Woods ($120 million) and Phil Mickelson ($92 million). Technically though, FedEx Cup money is not counted as PGA tour winnings. When you remove that $15 million, Dustin is the fifth highest-earning golfer in history.

Dustin Hunter Johnson was born on June 22nd of 1984 in Columbia, South Carolina. He quickly became passionate about golf, and he joined the college team while attending Coastal Carolina University. During his time at university, he majored in Sports Management. During these early years, Johnson showed great promise as an amateur golfer.

Dustin first went pro in 2007 at the age of 23, and by 2008 he had earned his PGA Tour card. During his debut year on the PGA Tour, he won the Turning Stone Resort Championship before following up with a second win at the AT&T Pebble Beach National Pro-Am. By the end of the 2009 season, he was ranked 15th in terms of PGA Tour money winnings.

In 2010, Dustin caused a stir when he defeated former world number one David Duval to defend his AT&T Pebble Beach National Pro-Am title. After a run of disappointing results at the PGA Championship and the 2010 US Open, Johnson bounced back with a win at the BMW Championship at Cog Hill. When Dustin reached the end of the 2010 season, he had increased his PGA Tour money ranking to fourth.

In 2011, he performed well at the 2011 Open Championship in England, finishing tied for second place. At this point in his career, this result represented his best-ever achievement at a major championship. This result also propelled Johnson to a world ranking of seventh. He also became the third-ranked golfer according to the Official World Golf Ranking.

During 2011, Dustin also won another PGA Tour title at The Barclays, lifting him up to fourth in the world rankings. The 2012 season was a bit slow for Johnson, as he suffered a back injury that sidelined him for two months. However, he managed to recover in 2013, recording a win at the Hyundai Tournament of Champions. Dustin ended 2013 with another win at the WGC-HSBC Champions.

2014 proved to be another speed bump in Johnson's career. During that year, he announced that he was taking a break from golf in order to seek help for "personal challenges." A media frenzy erupted, with rumors running wild. Some publications claimed that Johnson had actually been suspended for cocaine and marijuana, having tested positive in two additional tests dating back to 2009. However, an official announcement from the PGA Tour confirmed that Dustin was voluntarily stepping away from golf and that he had not been suspended. 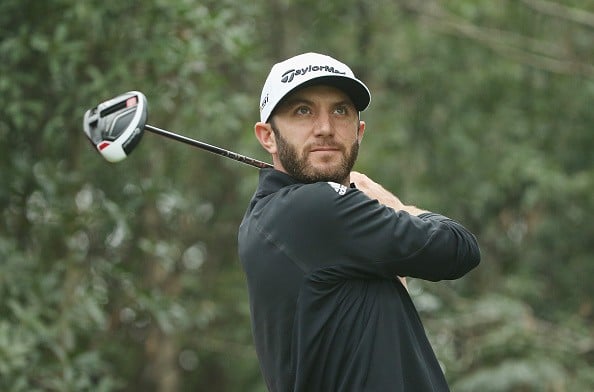 When he returned to golf in 2015, Dustin proved his potential and returned to the top 15 in the world rankings. In 2016, he climbed the world rankings once again, reaching the top three. After winning the Genesis Open in 2017 by five strokes, Dustin Johnson finally earned the distinction of being the number-one ranked golfer in the world. With this win, Johnson had also earned a title in each of his first ten seasons. This was a feat previously accomplished by only Tiger Woods and Jack Nicklaus.

During 2017, Johnson also recorded wins at the WGC-Mexico Championship, the WGC-Dell Technologies Match Play event, and The Northern Trust. Unfortunately, he was not able to compete in the 2017 Masters Tournament after falling down his staircase at home and suffering a back injury. In 2018, he won the Sentry Tournament of Champions, the FedEx St. Jude Classic, and the RBC Canadian Open.

In 2019, Dustin claimed victory at the Saudi International and the WGC-Mexico Championship. He also tied for second place at the Masters Tournament and placed second at the PGA Championship. In 2020, he won the Travelers Championship after finishing with a score of 19 under par. He then won The Northern Trust, the FedEx Cup, and the Tour Championship – putting him back into the top spot on the world rankings.

After months of speculation and denials, in June 2022 it was reported that Dustin Johnson was joining the controversial, Saudi-backed LIV Golf league. According to a number of reports, Dustin was paid $125 million to join the league which is a direct rival and threat to the longstanding PGA. In the wake of his decision to join LIV, Dustin lost his primary sponsor, Royal Bank of Canada.

During his career to date, Dustin has won more than $74 million in tournament prize money. If you take into account the $15 million he won at the 2020 FedEx Cup title, he is the third-highest-earning golfer of all time behind Tiger Woods ($120 million) and Phil Mickelson ($92 million). That being said, FedEx Cup money is not counted as PGA tour winnings, so technically Dustin is the fifth highest-earning golfer in history when you subtract the $15 million from the FedEx Cup.

When you add his $125 million LIV payday, one could make the case that Dustin's career earnings as of mid-2022 topped $200 million. Certainly the earnings top $20 million when endorsements are included.

Dustin Johnson's relationship with Paulina Gretzky (the daughter of hockey player Wayne Gretzky) has been widely publicized over the years. He first became engaged to Paulina in 2013 and the pair had dated for seven months. Over the next few years, they had two children together.

In 2015, it was reported that Johnson had purchased a residence in Palm Beach Gardens, Florida for $4.95 million. Located about 80 miles north of Miami, the 8,000-square-foot property also features a dock that leads to a small but very private island. The next year in 2016, Dustin sold a property in North Palm Beach for a sum of $3.825 million. The residence features a swimming pool, spa, and wine cellar. It also boasts almost 4,500 square feet of living space.

In 2017, more reports stated that Johnson had acquired another property in Florida, this time the Harbour Isle area of North Palm Beach. He paid $2.9 for the residence, which was quite a good deal seeing as it initially hit the market with a price tag of $4.5 million in 2015. Features include 90 feet of waterfront, a private dock, and an elevator. 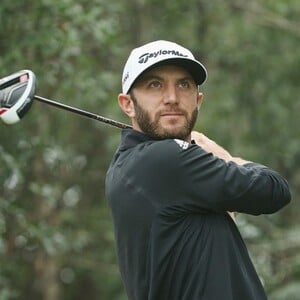