Duffy Waldorf Net Worth: Duffy Waldorf is an American professional golfer who has a net worth of $8 million. Duffy Waldorf was born in Los Angeles, California in August 1962. He played on the golf team at the University of California, Los Angeles and was a two-Time All-American and the 1985 College Player of the Year.

He turned pro the same year and joined the PGA Tour. Waldorf has earned nearly $12 million in PGA Tour winnings. He has four PGA Tour wins with his first starting in 1995 at the LaCantera Texas Open. Waldorf won the Buick Classic and Westin Texas Open in 1999. He won the National Car Rental Golf Classic Disney in 2000. He has also won Diners Club Matches in 1995 and 1996 and Hyundai Team Matches in 2000, all with Tom Lehman. Duffy also won the Walker Cup represented the United States in 1985. He finished 5th at the Masters Tournament in 1996 and 9th at the PGA Championship in 1992 and the U.S. open in 1994. In 2012 he split the season between the PGA Tour, Champions Tour, and the Nationwide Tour. 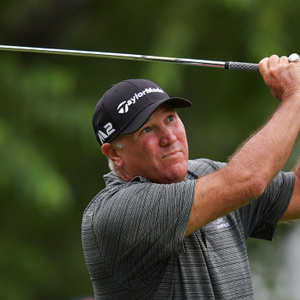