David Feherty Net Worth: David Feherty is an Irish-American former professional golfer who has a net worth of $3 million dollars. Born in Bangor, North Ireland on August 13, 1958, Feherty stands at five feet and ten inches and is known for participating in the European Tour as well as the PGA Tour.

He is currently a writer and sports broadcaster for CBS Sports and the Golf Channel. He began playing golf professionally in 1976 and has accrued ten professional wins in his career. He won five times on the European Tour and five times in various competitions. He is a current co-announcer on EA Sports' Tiger Woods PGA Tour and has written four best-selling books according to the New York Times. Feherty retired from his playing career in 1997 and currently lives in Dallas, Texas with his wife, Anita. He became a natural U.S. citizen in 2010. 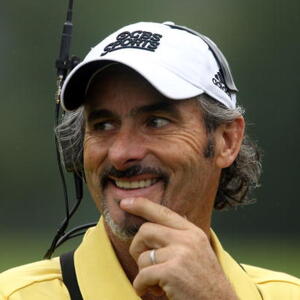