David Duval is an American professional golfer who has a net worth of $20 million. David Duval has earned his net worth as a former World No. 1 golfer who competes on the PGA Tour. Duval was born on November 9, 1971 in Jacksonville, Florida, his father Bob Duval is a golf instructor and club professional.

His mother Diane Poole Duval was a member of the FSU Flying High Circus during her college days. David learned to play golf at the Timuquana Country Club under his father's guidance. David was a U.S. Junior Amateur champion in 1989 the same year he graduated from the Episcopal High School of Jacksonville. He continued his amateur career at Georgia Tech; he was a four-time first-team All-American, two-time ACC Player of the Year, and 1993 National Player of the Year. During his college days at Georgia Tech he led an official PGA Tour event, the BellSouth Classic. He also won this same event during his professional career, after three rounds. He broke up with his girlfriend Julie McArthur in early 2002; this ended their 8 year relationship. He later married Susan Persichitte in 2004 they have two children. David's wife has custody of three older children from a prior marriage: the family currently resides in Cherry Hills Village which is an upscale suburb south of Denver. On July 30th, 2012, it was revealed that David Duval's $12.35 million mansion in Cherry Hills was placed into foreclosure after he failed to make payments. 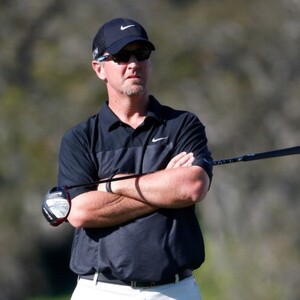