Daniel Berger net worth: Daniel Berger is an American professional golfer who has a net worth of $12 million. He is perhaps best known for winning the first PGA Tour tournament after the hiatus for the COVID-19 pandemic.

Daniel Berger was born in Plantation, Florida in April 1993. He played for Florida State University before turning professional in 2013. Berger played on the Web.com Tour before joining the PGA Tour. His highest ranking was #18 in June 2017 and June 2020. Daniel Berger won the FedEx St. Jude Classic in 2016 and 2017. He won the Charles Schwab Challenge in June 2020 which was the first PGA Tour event after at three month hiatus due to the coronavirus. Berger finished tied for 6th at the U.S. Open in 2018. He tied for 10th at the 2016 Masters Tournament and for 12th at the 2018 PGA Championship. In 2015 he was named PGA Tour Rookie of the Year. 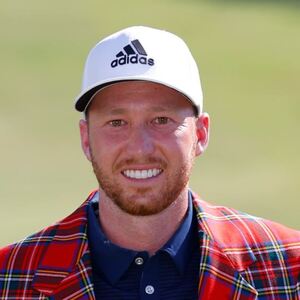