Corey Pavin Net Worth: Corey Pavin is an American professional golfer who has a net worth of $12 million. In a professional career that spans over three decades, Pavin has played on numerous notable golf tournaments worldwide, including the PGA Tour and the Champions Tour. Thanks to his exceptional game, he managed to spend more than 150 weeks in the top-10 of the Official World Golf Ranking in the period from 1986 to 1997.

Born Corey Allen Pavin on November 16, 1959 in Oxnard, California, Pavin first started to earn notice as a golfer in junior and amateur tournaments. While at UCLA, he was recruited to play collegiate golf for the University where he received first-team All-American nods (in 1979 and 1982), completed 11 victories, and was named NCAA Player of the Year in 1982, the year he graduated. The very same year he turned pro and has since earned at least one win at each of the following tours: PGA Tour (15 wins), European Tour (1 win), Japan Golf Tour (2 wins), PGA Tour of Australia (2 wins) and Champions Tour (1 win). In 1991, he was named PGA Tour leading money winner and PGA Player of the Year. 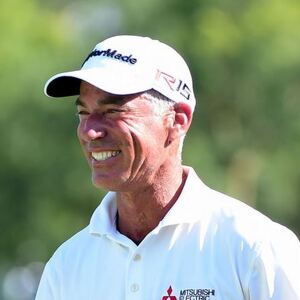