Chris DiMarco net worth: Chris DiMarco is an American professional golfer who has a net worth of $18 million dollars. Chris DiMarco was born in Huntington, New York, and grew up in Altamonte Springs, Florida. He began playing golf when he was in elementary school. He is part of a successful sports family, with many of his close relatives playing various sports at the collegiate or professional levels.

He went on to attend the University of Florida – Gainesville on an athletic scholarship. He was very successful while in college, winning the SEC Individual title, among many other honors, including being named to the All-SEC first team two years in a row, being an All-American selection three years in a row, and winning SEC Player of the Year in 1990. He turned professional in 1990, and started off well, winning the Canadian Tour's Order of Merit his first year. His level of play as a professional was sporadic at first, but began to improve noticeably over his next decade of play. He joined the PGA Tour in 1994, and has won three PGA Tour events, one European Tour tournament, and one Web.com Tour. He finished 2nd at the Masters Tournament in 2005 and 2nd at the Open Championship in 2006. 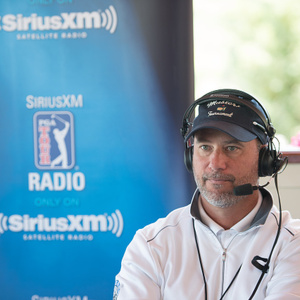