He turned professional in 2000 and formerly played on the Nationwide Tour before joining the PGA Tour. Hoffman has four wins on the PGA Tour and six overall wins. He finished tied for 9th at the Masters Tournament in 201. He won the Bob Hope Chrysler Classic in 2007 and the Deutsche Bank Championship in 2010. Hoffman has also won the OHL Classic at Mayakoba in 2014 and the Valero Texas Open in 2016. His best finishes in other major championships include tied for 35th at the 2007 The Open Championship, tied for 37th at the 2016 U.S. Open, and tied for 40th at the 2013 PGA Championship. For winning the OHL Classic in 2014 he earned just over $1 million in prize money. 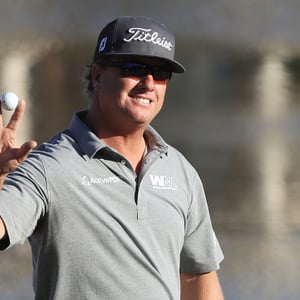